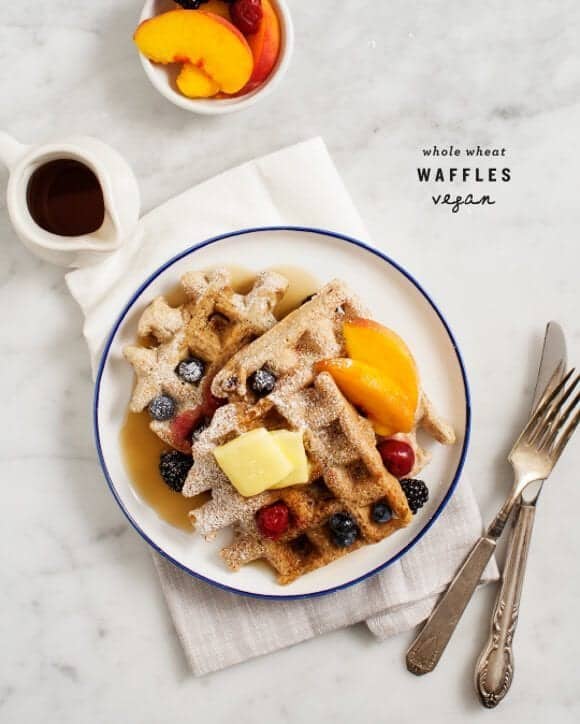 Fall happened for me last night. I stepped off the plane at Midway Airport (in shorts) and immediately thought “they really have the AC blasting here.” Until I realized, oh wait, that’s just Chicago.

As I write this, I’m sitting in the kitchen I grew up in (with a few sweaters on), thinking about some of my warmest fall memories… Saturday mornings with pancakes and waffles are definitely at the top the list. Crisp, cool air, hot waffles… and most likely the Muppet Babies on TV in the background. 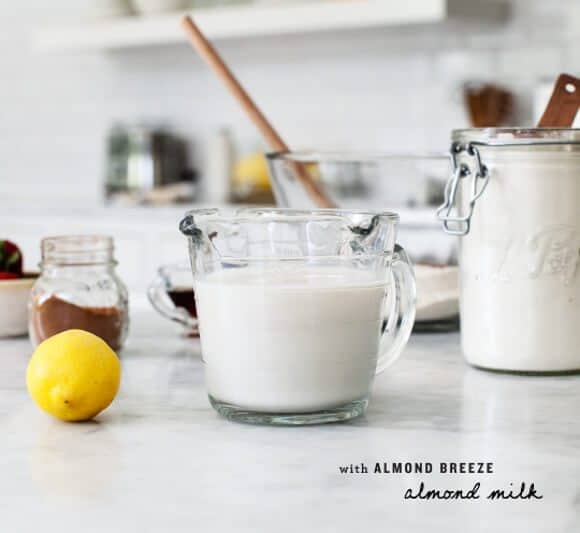 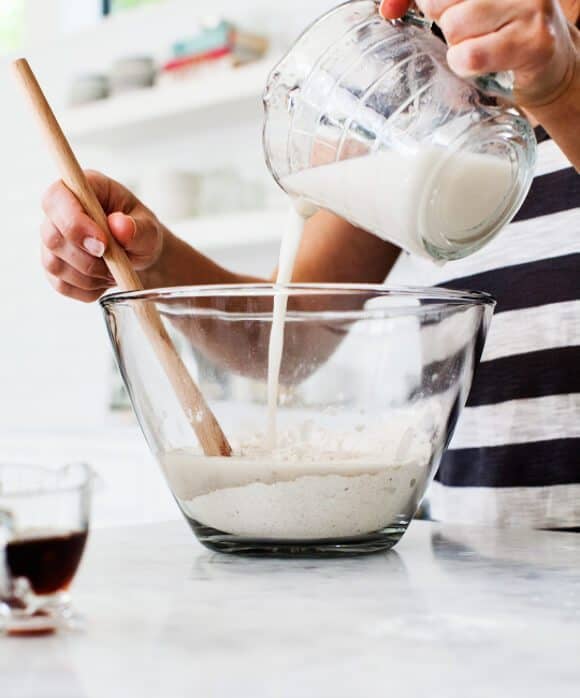 These vegan waffles are great right off the waffle iron, but lately (especially because I’ve made so many test batches), I’ve been freezing the extras for easy-waffling any day of the week. Let them thaw just slightly and then pop them in the toaster. Because sometimes you want a waffle on a Wednesday. 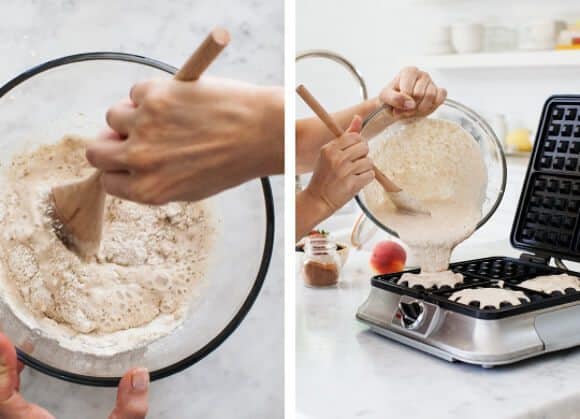 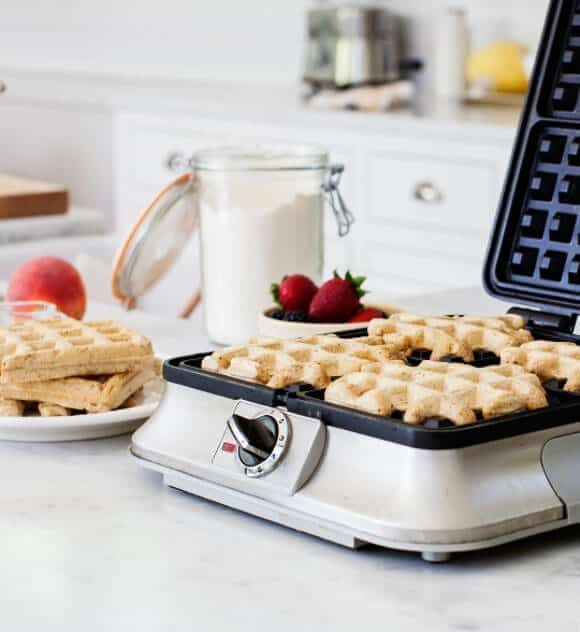 What’s in these vegan waffles?

This vegan waffle recipe uses whole wheat pastry flour, which I love because it’s whole grain but not too dense. I used my non-dairy milk of choice – Almond Breeze – with a squeeze of lemon to create a vegan “buttermilk” flavor. A dash of cinnamon and a splash of vanilla give them warm depth of flavor, while coconut oil adds richness and flax and baking powder make them nice & puffy.

These vegan waffles are soft on the inside, crisp on the outside, and best with maple syrup and tons of fruit! 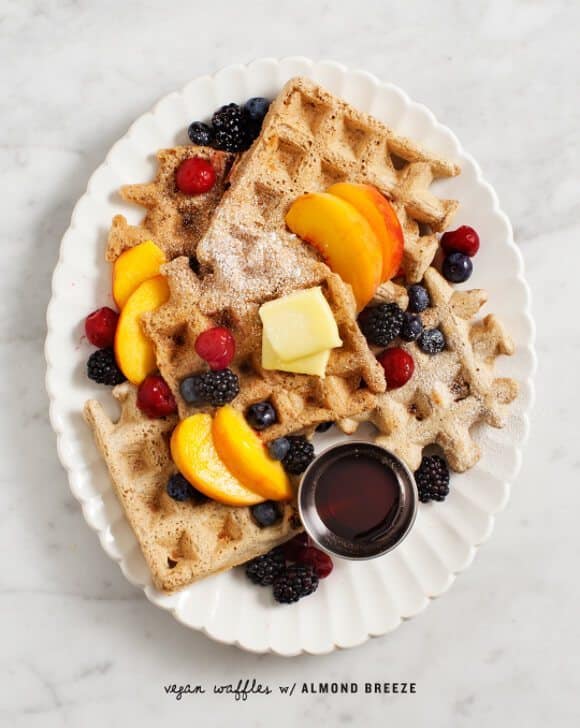 If you love these vegan waffles…

Try these pumpkin waffles, banana pancakes, or zucchini bread next!

Print
Prep time
10 mins
Cook time
10 mins
Total time
20 mins
Whole wheat pastry flour and a squeeze of lemon give these vegan waffles a light texture and slight buttermilk flavor. We love these on the weekends, but extras freeze well for breakfasts during the week!
Author: Jeanine Donofrio
Recipe type: Breakfast
Serves: 8
Ingredients
Serve with:
Instructions
Notes
These freeze and toast well - if you have a Belgian waffle maker with deep squares, you may want to let them thaw a bit before toasting so they toast evenly.
3.4.3177