We love this vegetarian one-pot penne pasta on weeknights. Veggies, herbs, and lemon make the penne burst with flavor. Ready in 20 minutes! 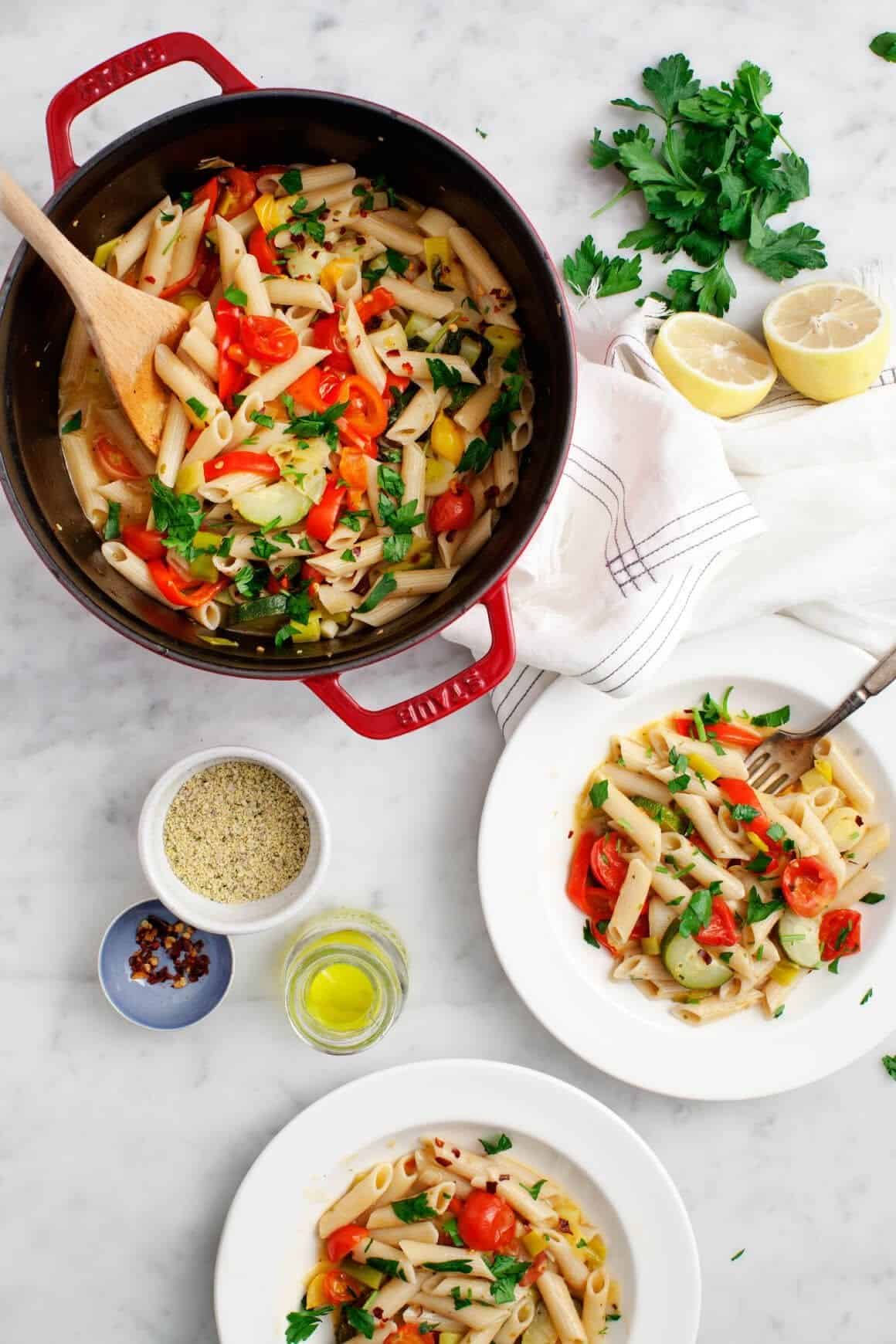 Today’s penne pasta recipe is brought to you by…our dishwasher! Here’s what happened:

Our dishwasher recently broke, which has made me realize just how many dishes we (mostly I) use in a day. For example, I start with a big glass of water first thing in the morning before I make a smoothie. Next comes iced cold brew coffee. When it’s time to make lunch, I’m usually too lazy to go upstairs to get my previously used water glass, so I’ll grab another. In case you aren’t keeping track, I’m up to 4 glasses by about noon. There’s also one by my bed, two in the bathroom, and by the end of the day there will be a larger collection at my desk. I know – first world problems.

All of this extra dishwashing led me to try the infamous one-pot penne pasta. It was apparently invented by a French chef and later made internet-famous by Martha. I never considered trying it before because it’s a little too trendy, and I’ve never found it to be a big deal to wash the pasta pot. But by now I was tired of washing dishes, and this recipe seemed incredibly easy. And it was (is).

It’s delicious too. Because the starches from the pasta stay with your pasta, this method creates a creamy sort of sauce that wouldn’t be there if you cooked and drained your pasta.

I felt like Martha’s recipe lacked a bit of flavor, so for my version I’ve amped up the herbs & seasonings. Here’s what makes my penne pasta recipe a delicious, easy meal for busy weeknights:

In lieu of freshly grated Parmesan cheese, I made a “cheese-like” hempseed topping. This penne pasta is nicely flavorful on its own, so feel free to use the cheese or “cheese”, or skip both! 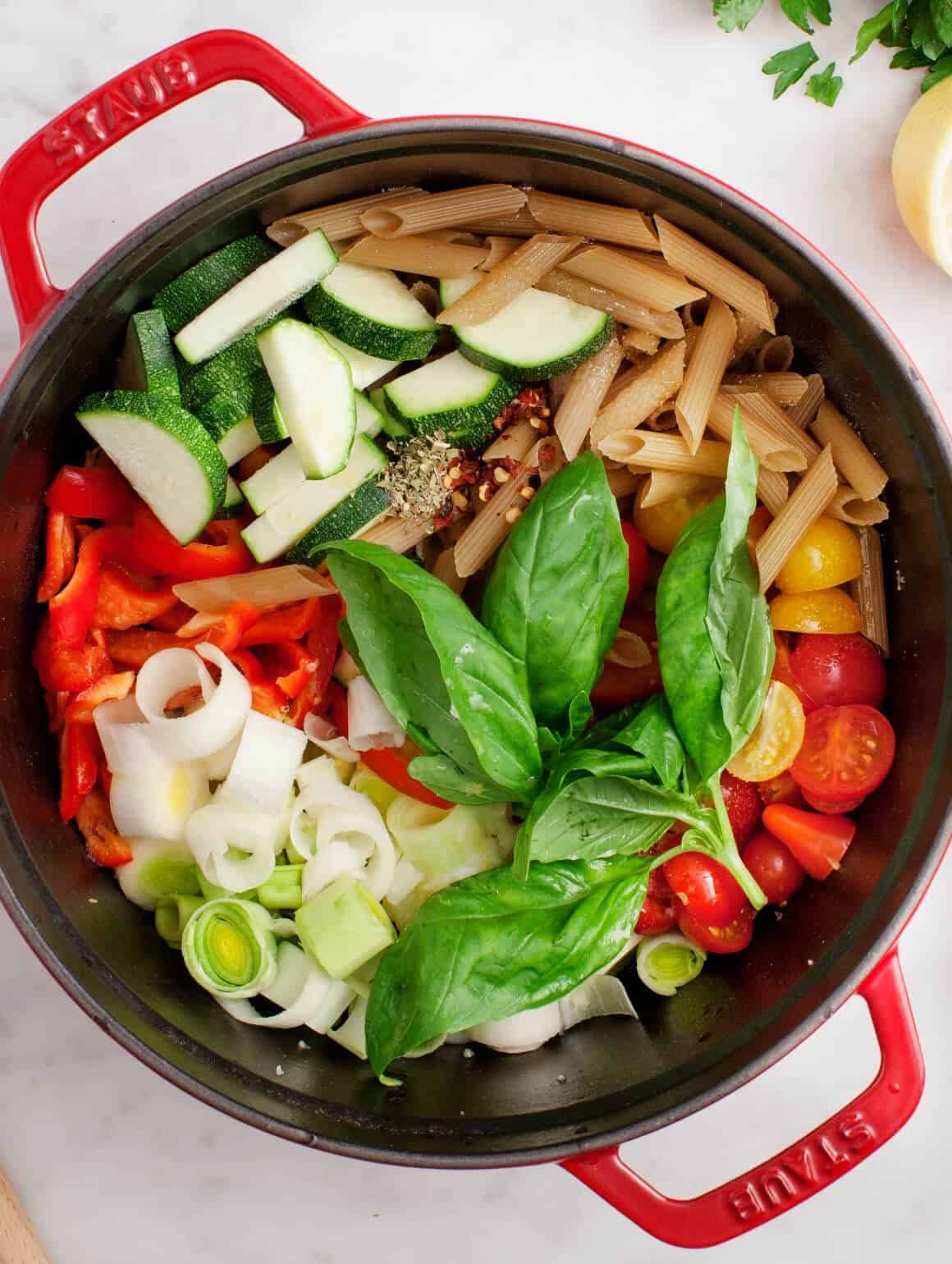 How to Make One Pot Penne Pasta

Assemble your ingredients, and you’re just minutes away from having a big pot of penne pasta on the table. Here’s how you make this yummy one-pot meal:

I had a little trouble deciding on the serving size for this recipe. The final pot looked “family size,” but then we ate the whole thing, with Jack going back for multiple helpings. So I’m going to say this penne pasta recipe serves 2 hungry people, and maybe a few more if you have smaller eaters or if you serve this with a protein on the side. 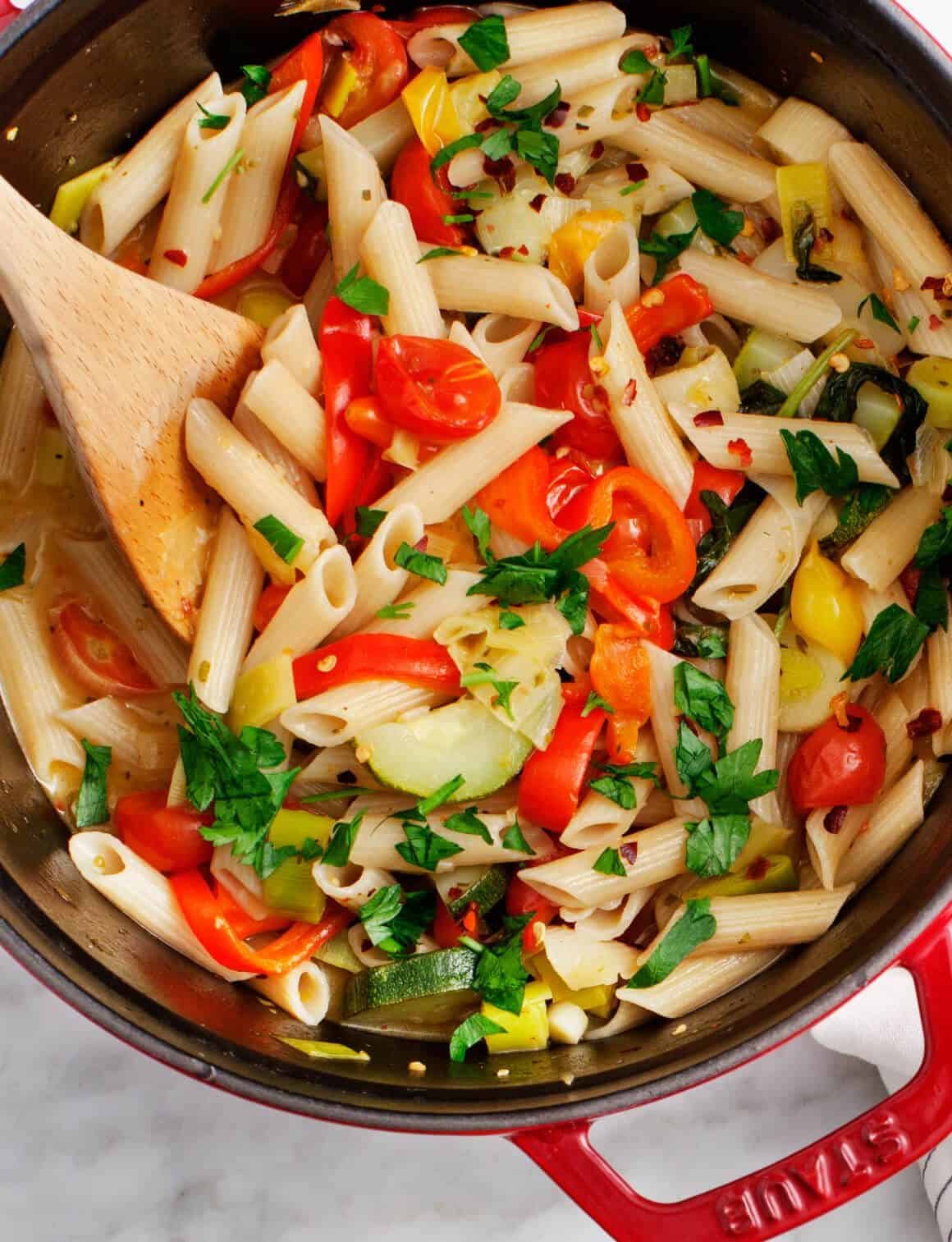