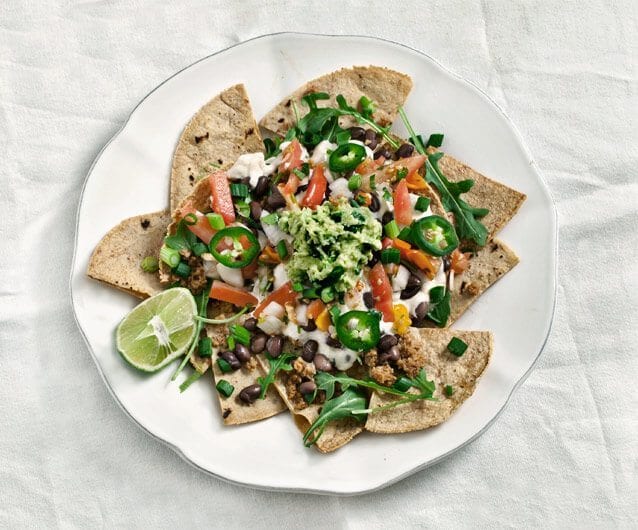 This recipe is from the Native Foods cookbook. Jack and I first stumbled upon Native Foods one night in California on our way back from Disneyland. I typically don’t eat foods at theme parks (I know, I’m “fun” like that), so after the fireworks we set out to drive around and find a restaurant. This was years before iphones and yelp, so it was nothing short of a Disney miracle that we aimlessly found ourselves at this awesome vegan restaurant.

If you are new to the idea of nut cheese, it’s really nothing like cheese… but more of a cheese-like sauce (sans the yellow #4 food coloring). Feel free to put together your nachos however you like. I did black beans, pico, a quick guacamole, and “taco meat” made from soy granules. If fake meat isn’t your thing (I admit, I enjoy it occasionally), just leave it out and use what you like.