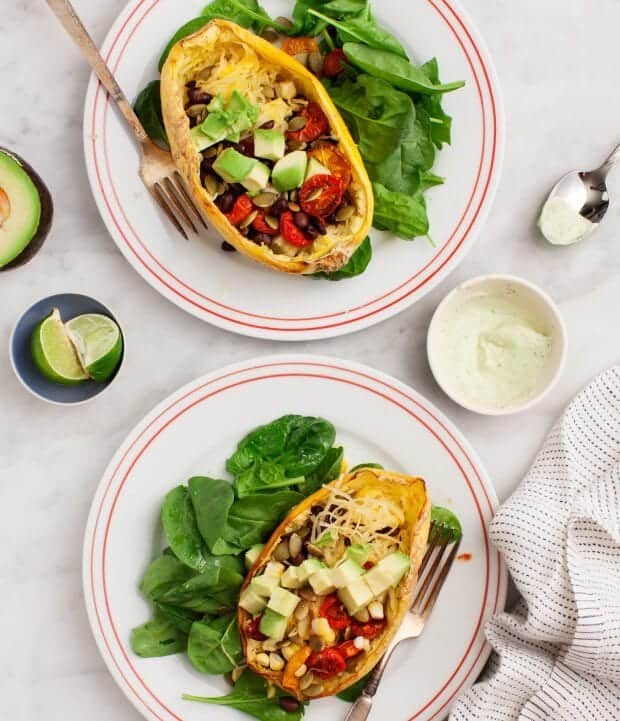 Admittedly, until last year, spaghetti squash was not my favorite. I think butternut gets all the fall glory and poor spaghetti squash, well, it’s just inaccurately named. The name implies that you can sauce it up and twirl it with a fork – and if that’s what you’re craving, maybe go check out one of these recipes.

If you’re up for roasted squash strands fluffed up with a fork and stuffed with delicious things, then keep reading! 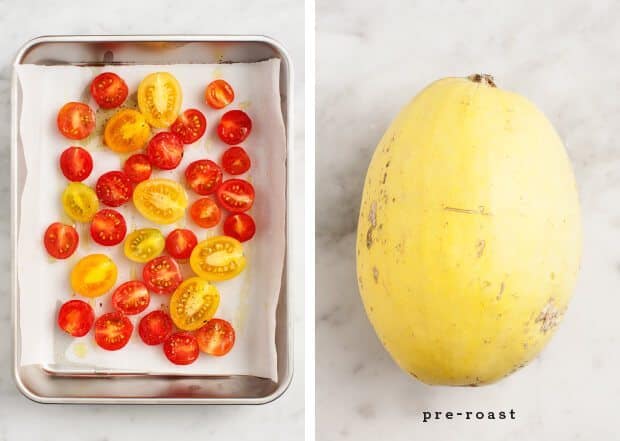 I had this small-ish spaghetti squash that was the perfect size to serve as “bowls” for two individual servings. The filling here is what you might stuff into a burrito bowl: black beans, roasted tomatoes, corn, pepitas and avocado. Instead of sour cream, I served it with this delicious cashew cream that’s blended with cilantro and roasted poblano.

So to recap: this is vegan, gluten-free, and still not pasta. 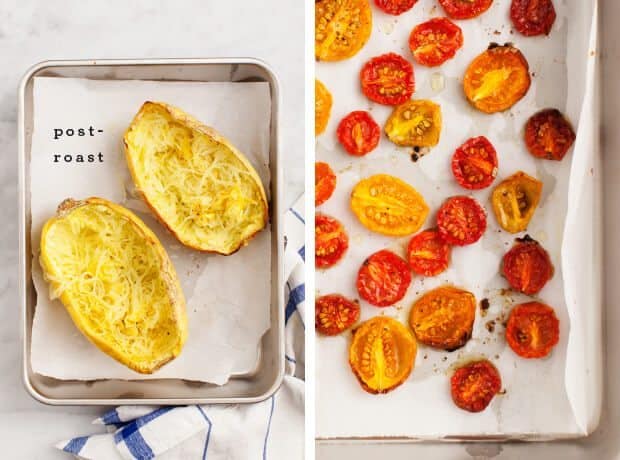 This recipe is super easy, but the longest part is waiting for everything to roast. Pour yourself a glass of wine (or two), check your Instagram, talk to your husband – occupy yourself for about an hour (make the sauce) – and then stuff and serve! 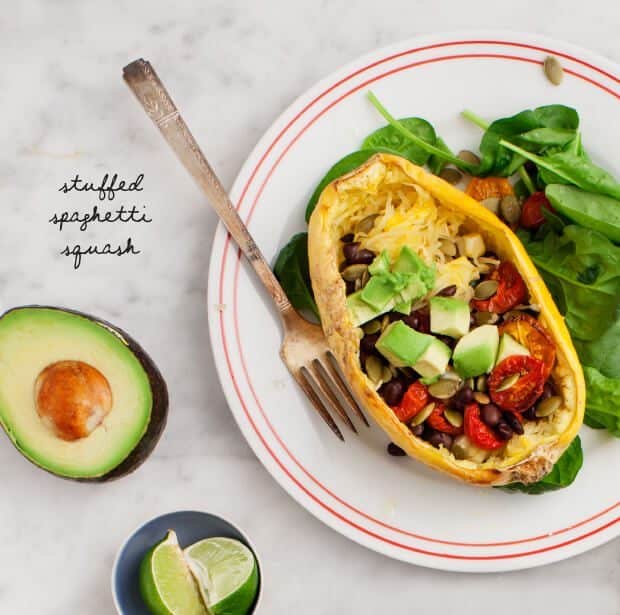 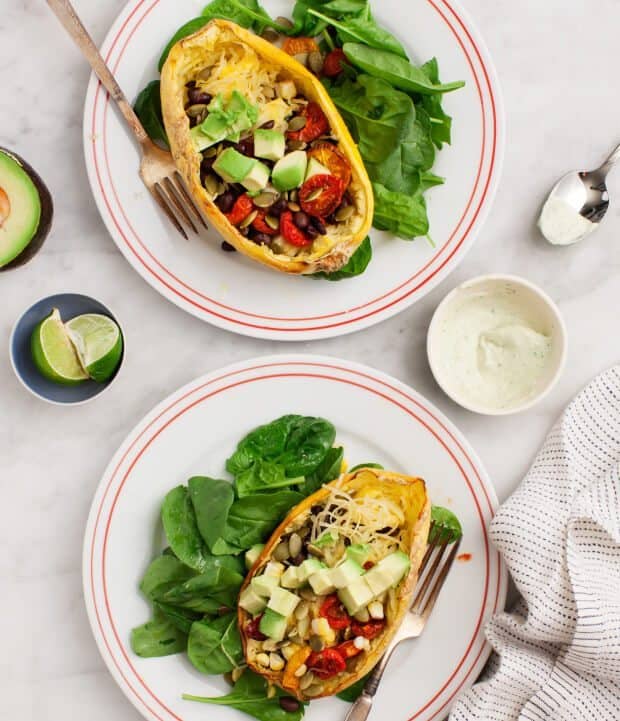 Print
Author: Jeanine Donofrio
Serves: 2
Ingredients
Cashew poblano cream: (this makes extra)
Instructions
Notes
My spaghetti squash was pretty small. If your spaghetti squash is larger (and too big for 2 individual sized portions), just scoop out the strands and serve in bowls. Increase the proportion of the filling ingredients accordingly.

If you don't have fresh tomatoes, a scoop of salsa would be delicious here.
3.4.3177
Did you make the recipe? I want to see!
Tag @loveandlemons on Instagram.
✕
Free Bonus:
5-Part Guide to Delicious Vegetarian Eating!