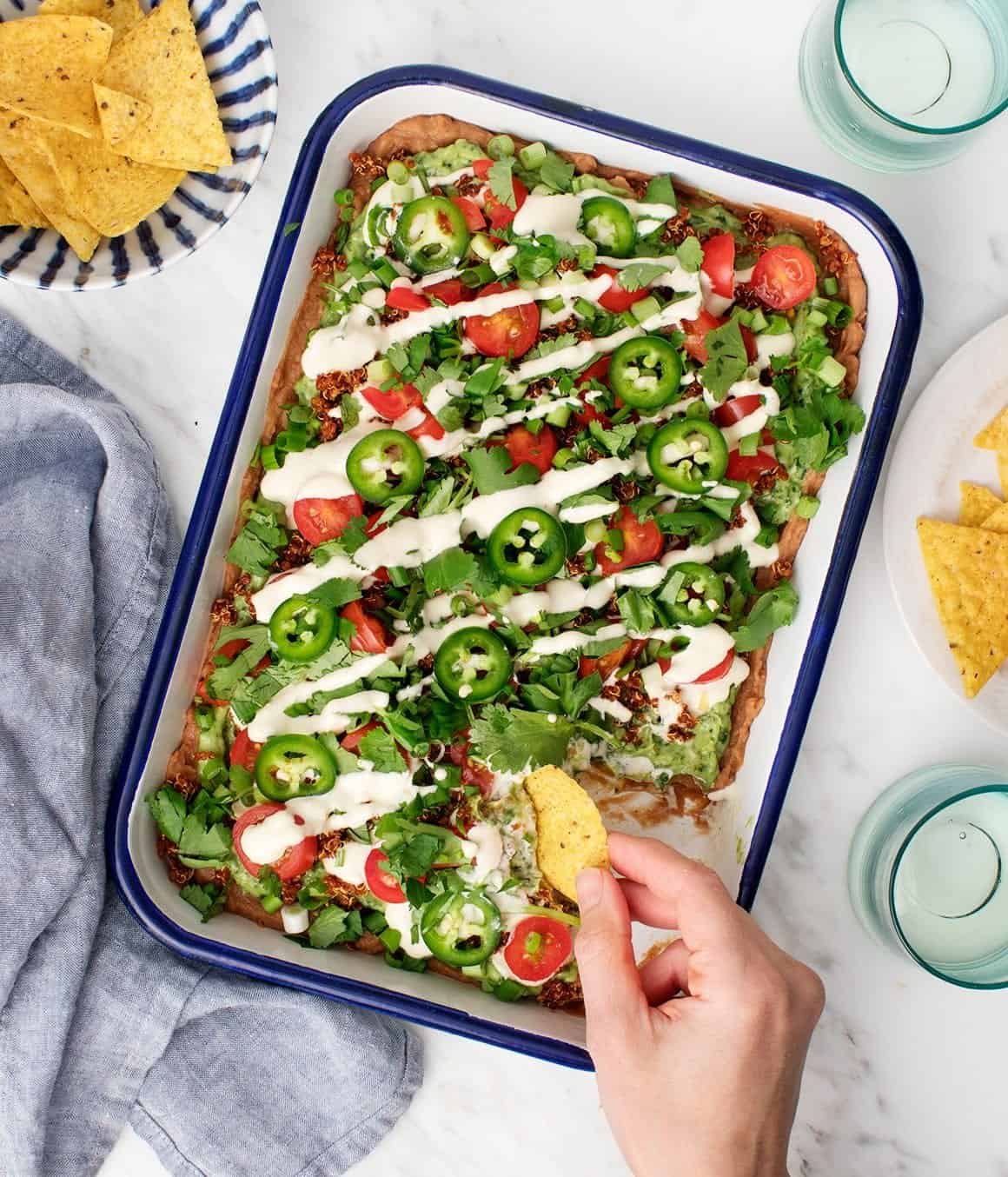 I have a huge weakness for seven layer dip. Growing up, my mom made it for SO many holidays and gatherings. I’d be sure to grab a seat at the table right next to it so that I could gobble it up, chip after chip after chip after chip. In my family, this was (and still is) called Tex Mex dip. When Jack and I were first dating, he thought this was hilarious, and once I moved down to Texas with him I learned why – this dip is neither Tex nor Mex. In the intervening years, I also learned that I don’t like anyone else’s version except my mom’s. Hers may not be Tex Mex, but I love it, and it doesn’t have weird things like olives.

So I decided to use my mom’s seven layer dip recipe as a starting point and actually made a fresh vegan version that tastes pretty close to the original. The only visual difference is the lack of orange cheese, but all of the classic (to me) flavors really come through, especially with the refried beans and tangy guacamole. Instead of sour cream I used cashew cream, and I added chili spiced quinoa to make it heartier. This should serve 4 to 6 as a normal appetizer, but  of course Jack and I sat down and devoured (most of it) for dinner.

Hosting a party? This seven layer dip would be great alongside mango salsa, tomatillo salsa, or chipotle vegan nachos.

For more snacks and appetizer ideas, check out this post!