This pumpkin tortilla soup is a hearty vegetarian spin on a classic. Perfect for fall, this soup is also vegan and gluten-free. 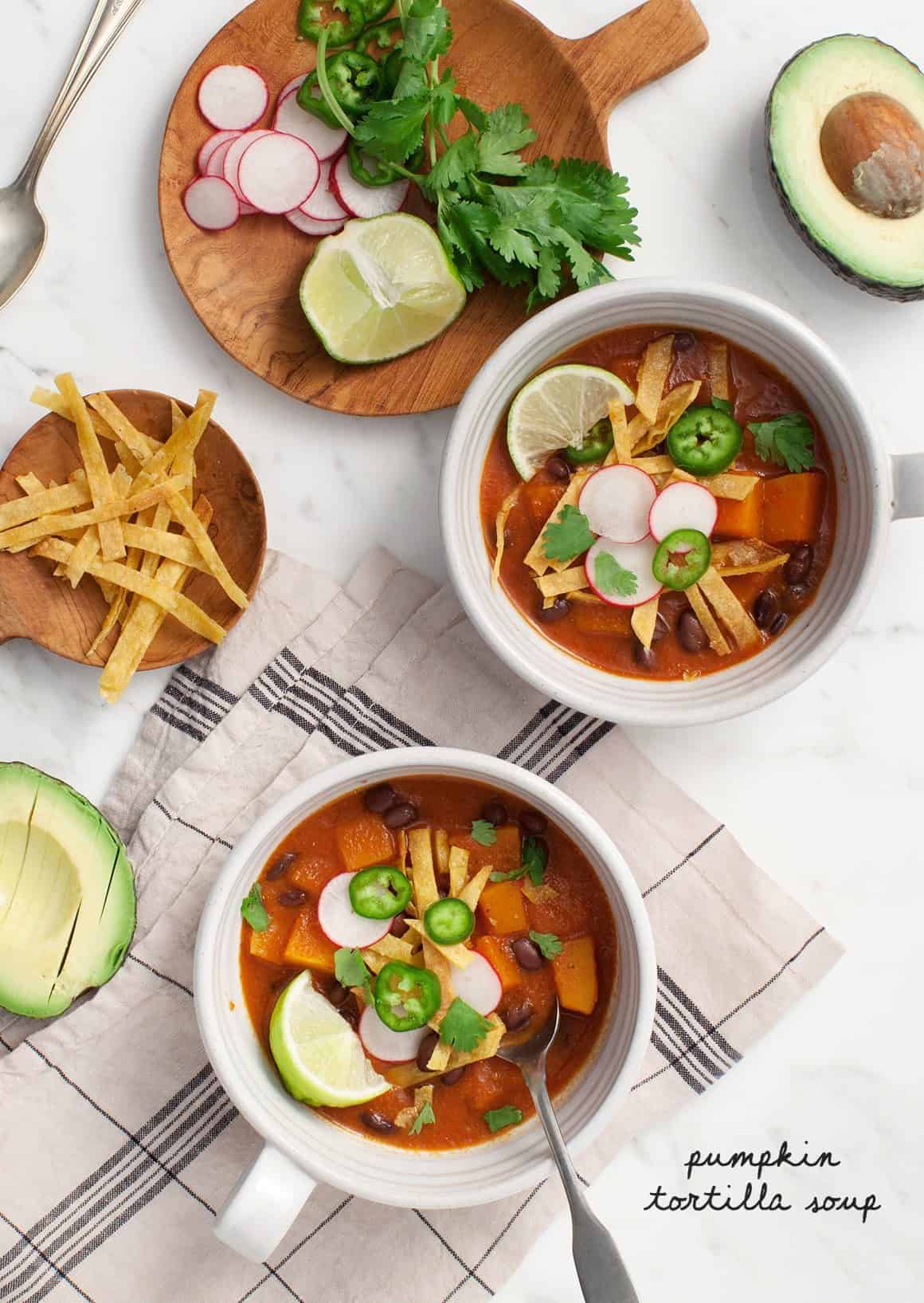 We’re halfway through October and I suppose I’m behind on pumpkin season :).

This year, I wanted to think a little outside-the-box for my pumpkin recipes, so I’m going to start with the actual vegetable rather than canned pumpkin (so I guess I’m thinking outside-the-can?). When I was brainstorming ideas of what to make with fresh pumpkin, the winner was one of my favorites – tortilla soup. While it’s traditionally made with chicken, I thought cubes of pumpkin would make a delicious, hearty, comforting soup for fall. Lucky for all of us, I was right. 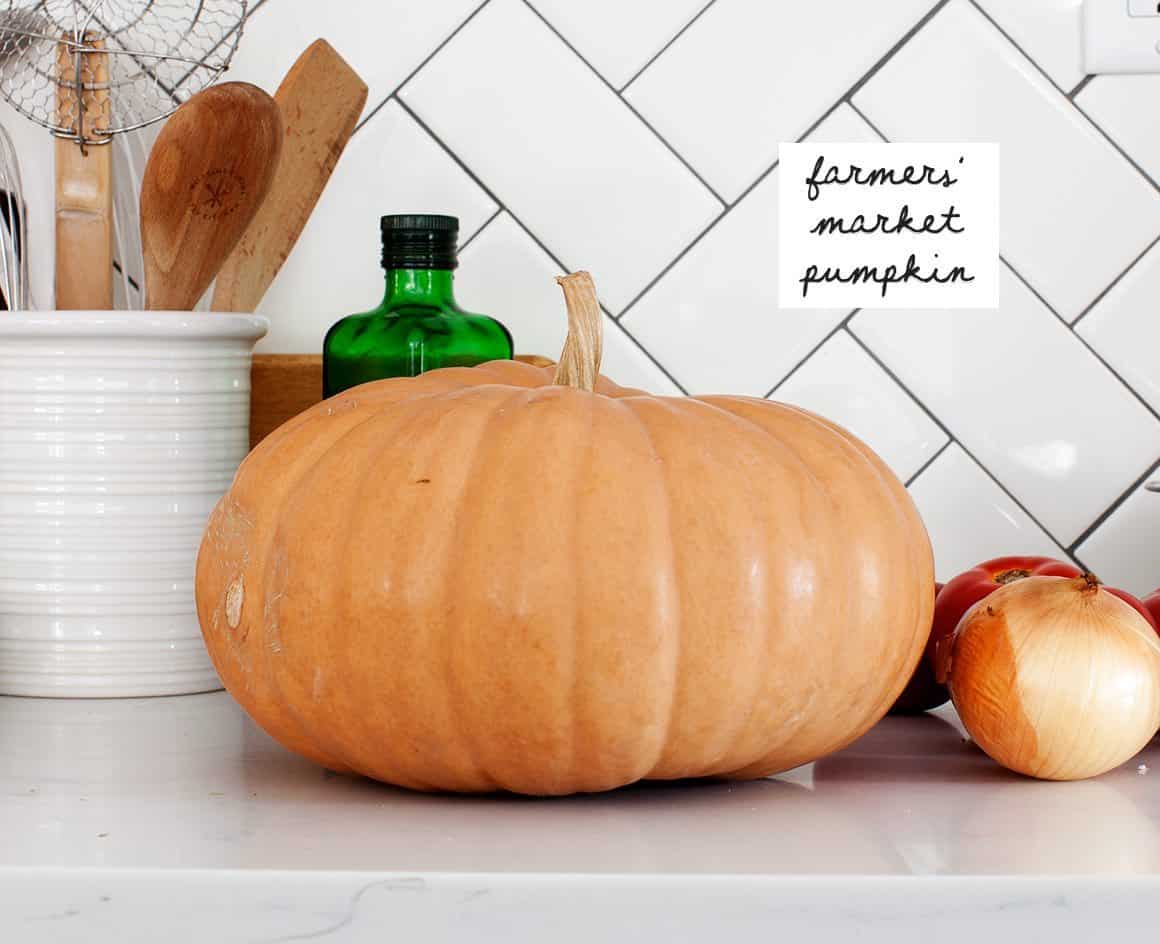 I got this giant pumpkin from the farmers market last weekend – it’s called a Long Island Cheese pumpkin, because its shape resembles a wheel of cheese. It’s similar in flavor to a sugar pie pumpkin, and let me tell you, it was a beast to cut open. Uhh.. it was a beast that I made Jack cut open. If you can’t find a good fresh pumpkin (or you want something easier to cut), feel free to use butternut squash in this recipe. 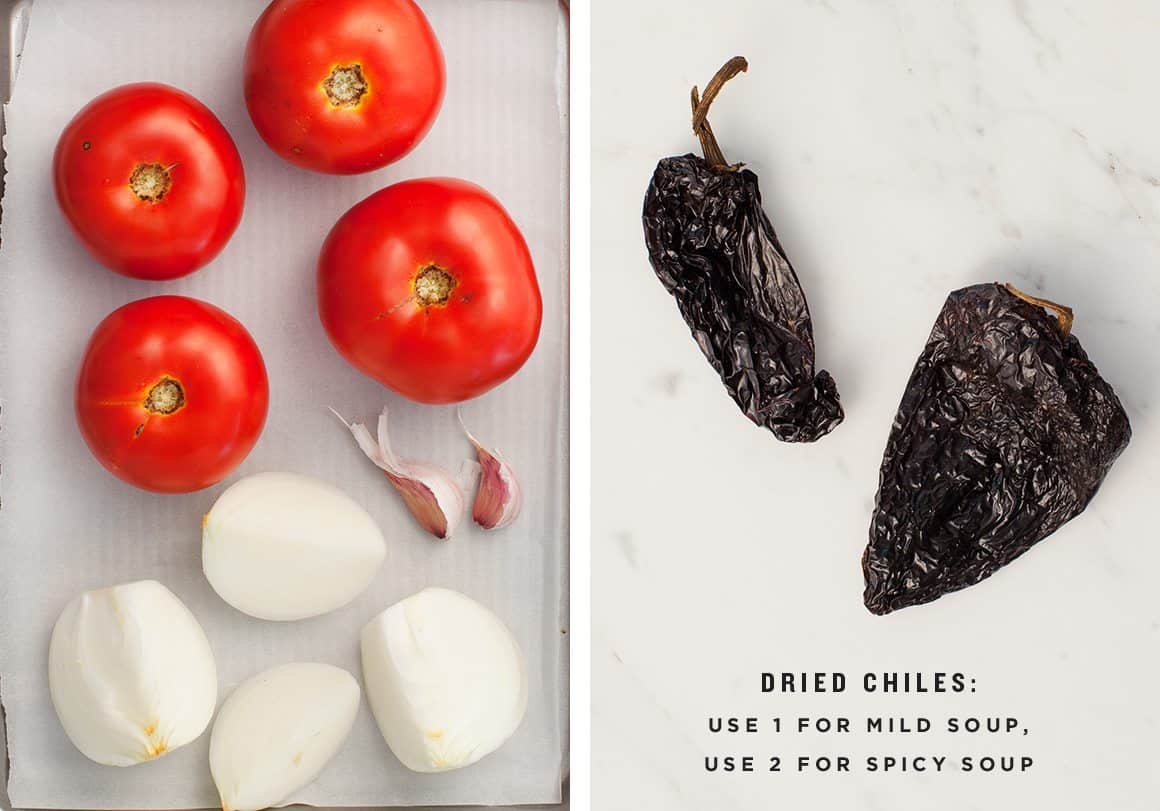 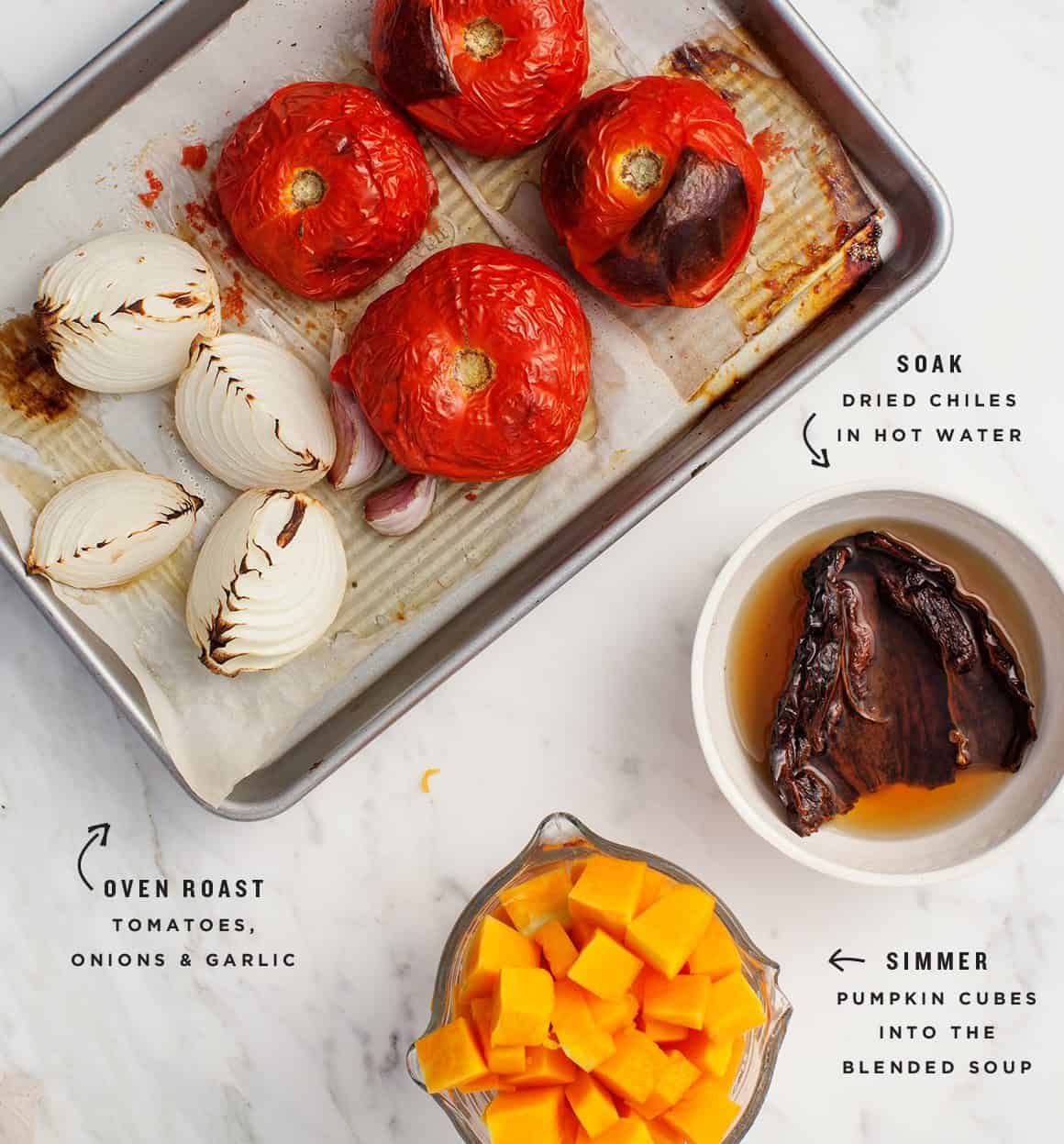 The base of the soup is made with roasted tomatoes, onions, and garlic. These are blended with a dried (and soaked) chipotle pepper, which adds depth and smokiness (see notes below if you can’t find a dried chile), and a corn tortilla, for thickness. It all gets simmered with vegetable broth, pumpkin cubes, and black beans. 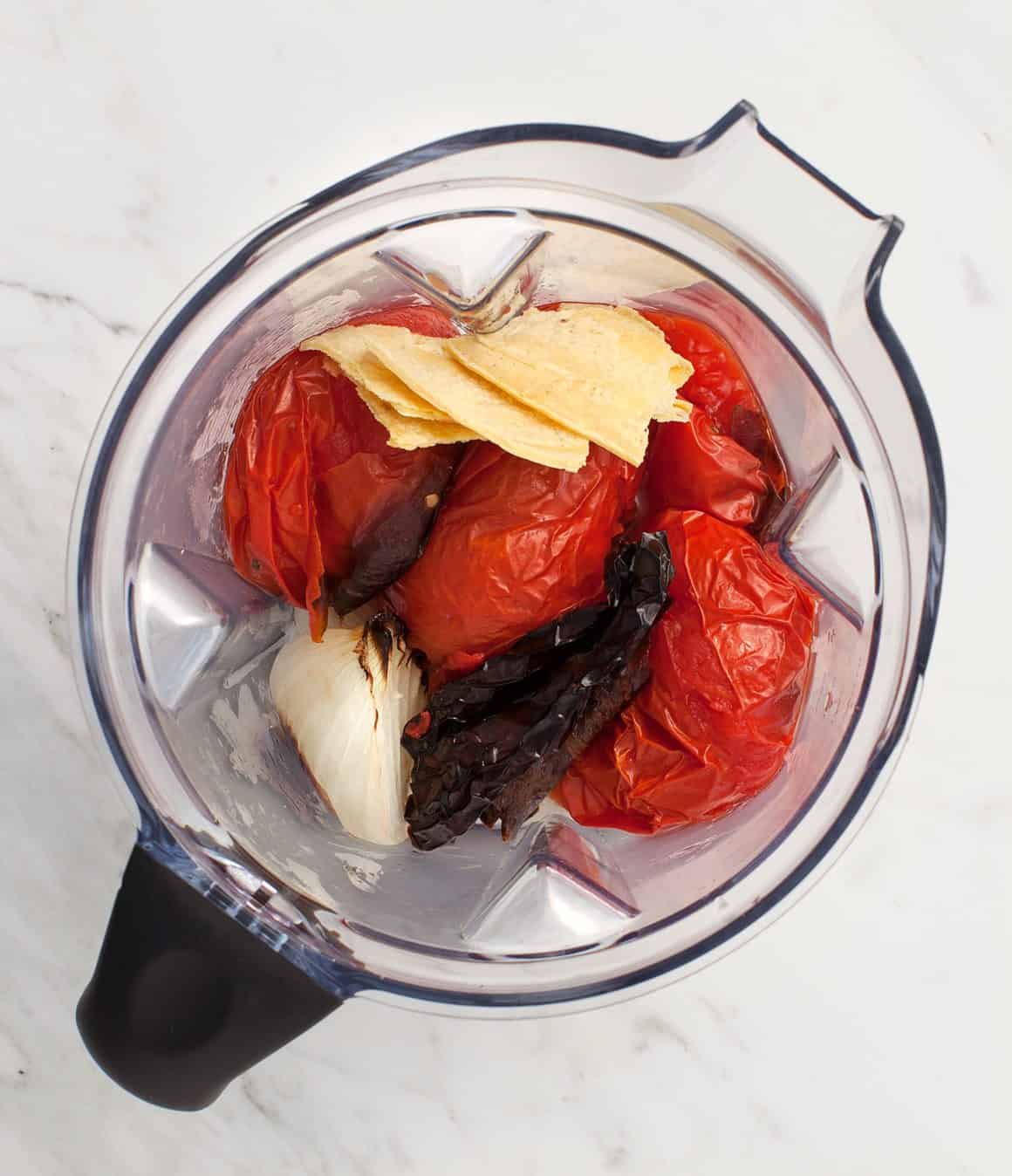 Of course, tortilla soup is all about the tortillas… slice the remaining tortillas into strips and bake until crispy. Load up your bowls with the rest of the toppings – crispy radishes, avocado and lime juice. Then dig in! 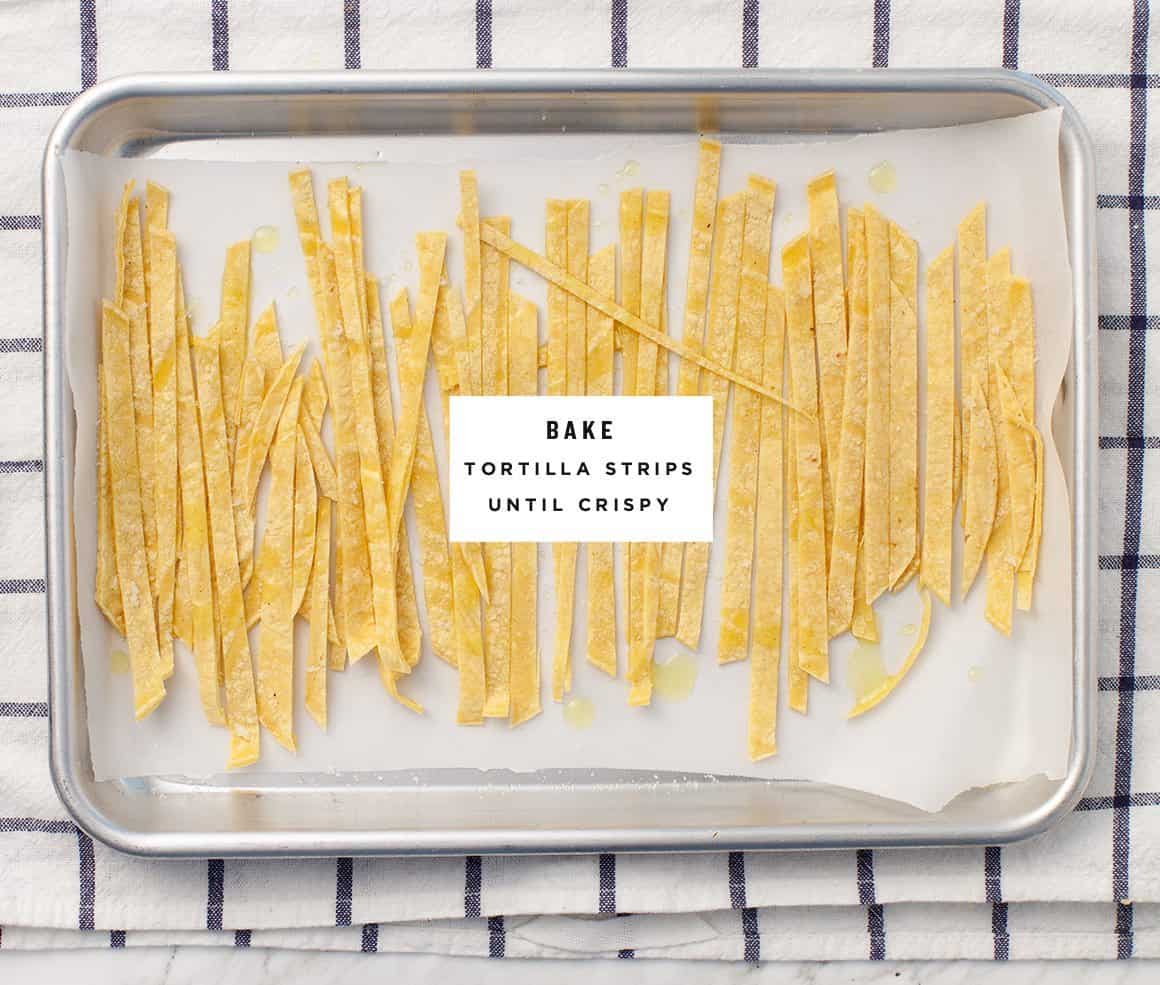 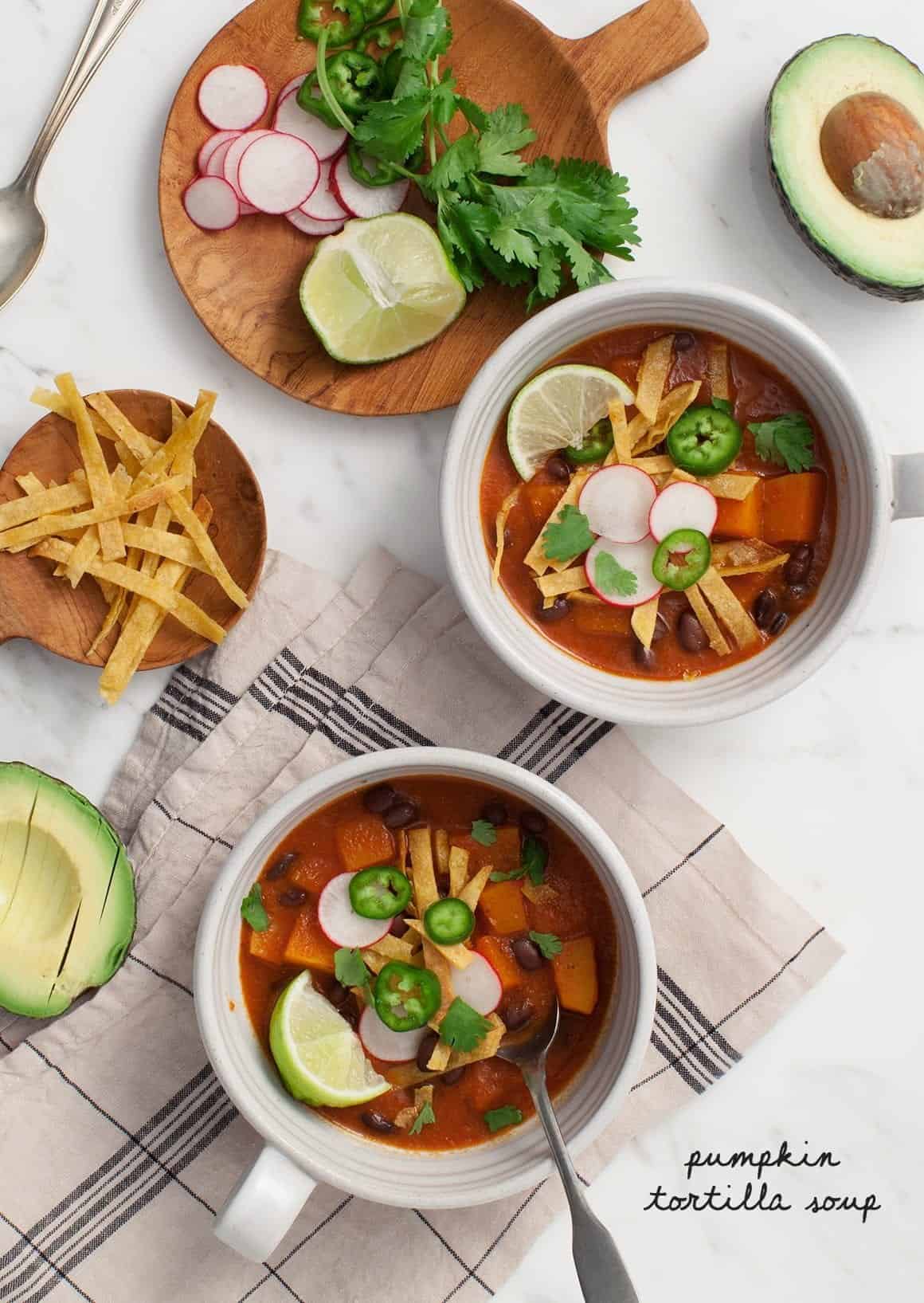 Print
Author: Jeanine Donofrio
Serves: serves 4
Ingredients
Toppings:
Instructions
Notes
*1 to 2 chipotles from a can of chipotles in adobo sauce can be substituted for the dried chile. If you like your soup spicier, add 2 dried chiles instead of 1. Note that all chiles can vary considerably in heat levels.
3.4.3177
Did you make the recipe? I want to see!
Tag @loveandlemons on Instagram.
✕
Free Bonus:
5-Part Guide to Delicious Vegetarian Eating!