Poblano peppers spice up this sweet & savory homemade cornbread stuffing recipe. Not a fan of spice? Don't worry. It's just as good without them. 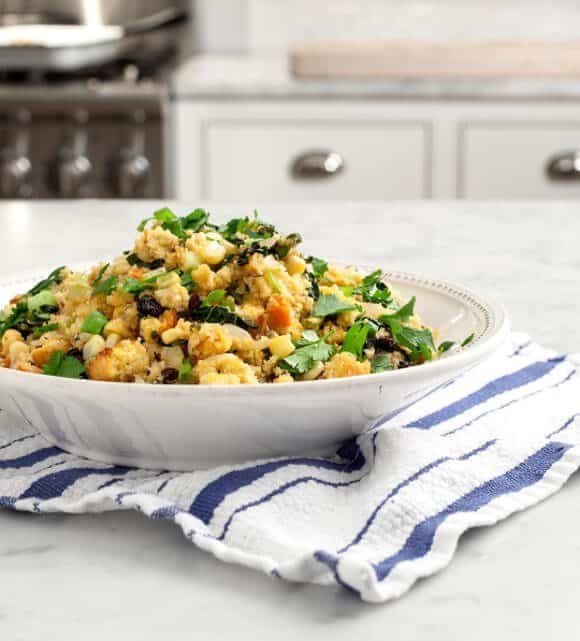 What are your family’s Thanksgiving traditions? We always have a turkey, of course, along with green beans, mashed potatoes, and sweet potatoes. Oh, and there’s always Jello (and not for dessert… it’s “dinner Jello”). But my favorite part is the stuffing. I’m a huge fan of traditional versions made with crusty bread (see here and here), but this year, I’m changing things up by adding this lightly spicy poblano cornbread stuffing to our Thanksgiving table. 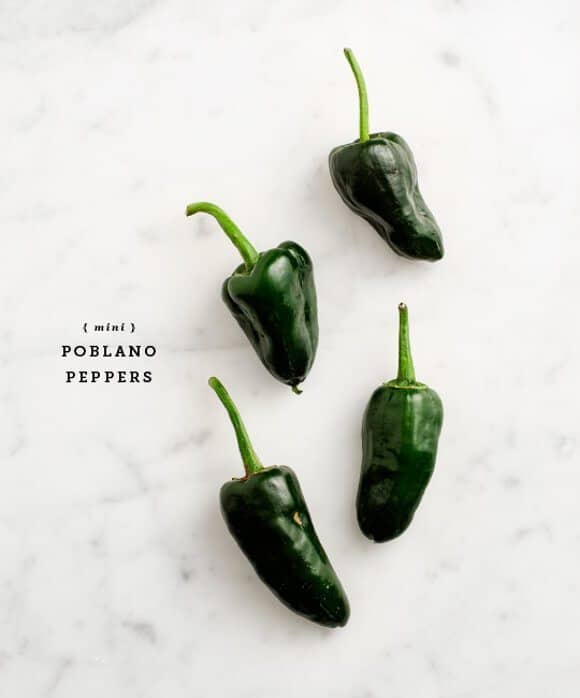 What’s in This Cornbread Stuffing Recipe?

This homemade cornbread stuffing is a delicious mix of classic stuffing ingredients plus a few extras for a spicy twist: 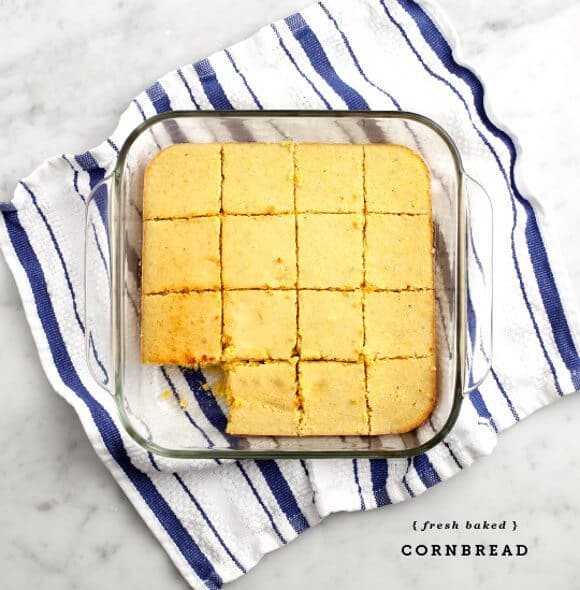 I’ve tested this recipe through and through. In my opinion, these three steps lead to the ultimate cornbread dressing success: 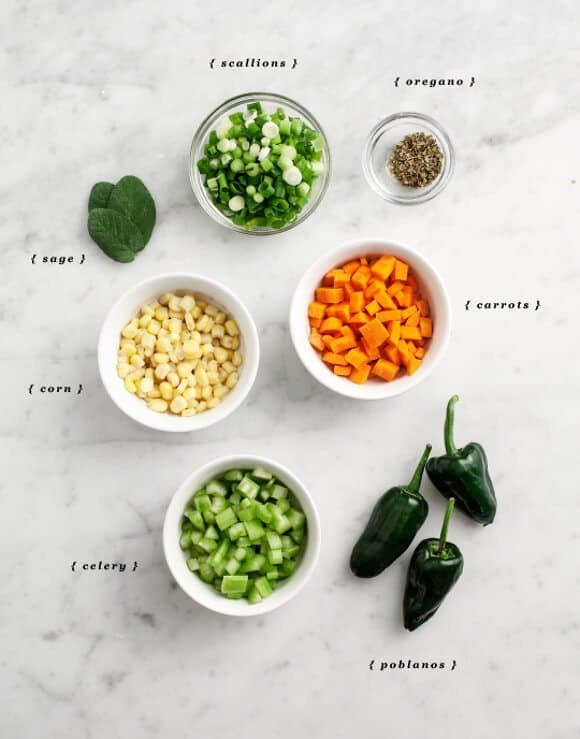 I love this recipe as written – it’s spicy, fresh, and even a little sweet – but feel free to change it up! Here are some suggestions:

If you love this cornbread stuffing recipe… 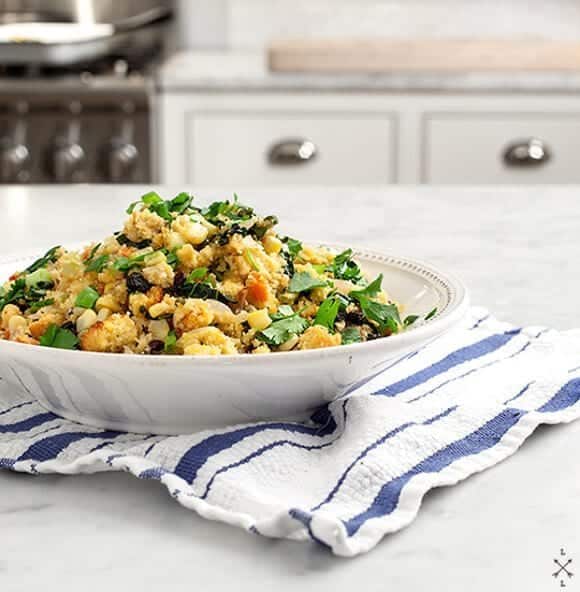 Print
Prep time
20 mins
Cook time
1 hour
Total time
1 hour 20 mins
This gluten-free cornbread stuffing recipe is a spiced up twist on the Thanksgiving classic. Soft & moist, it's a delicious addition to your holiday table.
Author: Jeanine Donofrio
Recipe type: Side dish
Serves: 4-6 as a side
Ingredients
for the cornbread:
for the stuffing:
Instructions
Notes
*Alternatively, you could stuff this in the turkey and/or bake some separately if you have vegetarian guests.
3.4.3177
Did you make the recipe? I want to see!
Tag @loveandlemons on Instagram.
✕
Free Bonus:
5-Part Guide to Delicious Vegetarian Eating!