This pear crisp recipe is such an easy, delicious fall dessert! The sweet, soft fruit and nutty crumble are fantastic with a scoop of vanilla ice cream. 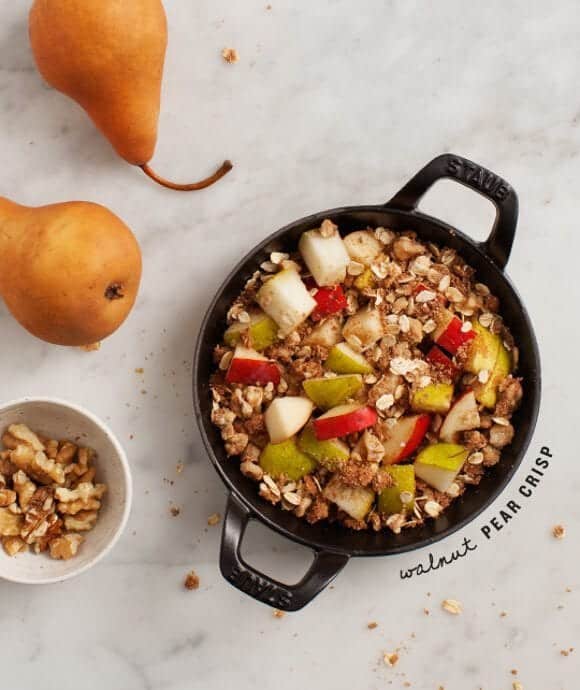 I love to think of this pear crisp recipe as a “pair crisp.” With quotation marks. Because this is a dessert for 2. Get it? Jack is sitting next to me right now shaking his head, but honestly, I love desserts that are easy to make in small portions. See, if I made a pear crisp recipe large enough to serve 4, it would still serve just the two of us. Just one more bite after one more bite, and it would all be over. We have no control, especially around sweet, cinnamon-spiced fall desserts like this one. (And pssst! If you’re serving 4, you can easily double this recipe!)

If you love apple crisp as much as I do, I’m telling you, you have to try it with pears. They’re so soft and sweet that they practically melt into the crumble topping. And because (ripe) pears are so much softer than apples, this pear crisp recipe bakes in about half the time. What’s not to love about that? 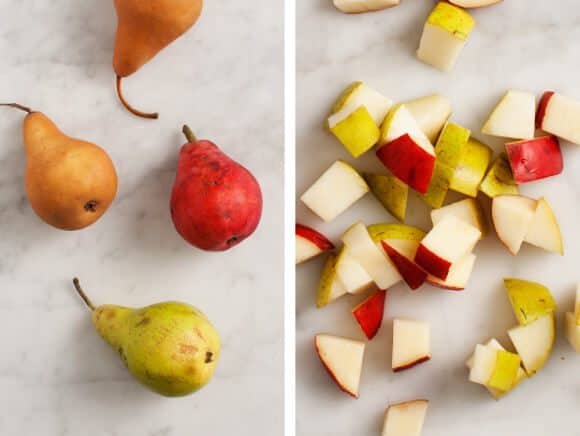 Fruit crisps are some of my favorite desserts to make at home. I love that they can just serve 2 and that they show off fresh fruit, but they’re also easy to make. In fact, I almost always have all the ingredients for this pear crisp in my pantry:

Oh, and another reason I love this recipe – it’s great to make ahead! Toss together the oats, walnuts, flour, sugar, and spices in advance. When you’re ready to bake, mix in the coconut oil and dice the pears. Layer them into a baking dish, sprinkle on the topping, and bake! 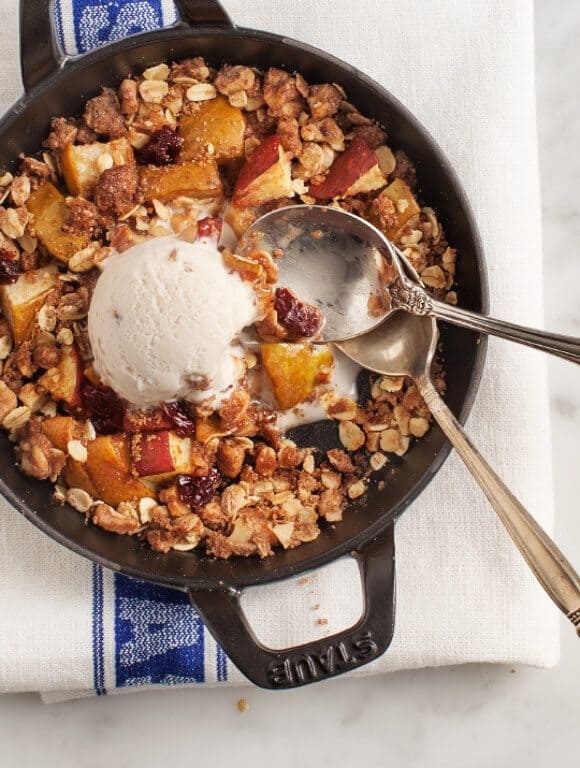 If you love this pear crisp recipe, try one of these fall desserts next:

Print
Prep time
10 mins
Cook time
20 mins
Total time
30 mins
This pear crisp recipe is a delicious fall dessert! It serves 2, but you can easily double it to serve more. If you do, bake the crisp in an 8-inch square or similar-sized baking dish.
Author: Jeanine Donofrio
Recipe type: Dessert
Cuisine: American
Serves: 2
Ingredients
Instructions
Notes
Make ahead tip: Mix the dry ingredients together in advance. When you're ready to bake, just mix in the coconut oil, chop the pear, and assemble.

*If you're sensitive to gluten, make sure your oats and oat flour are certified gluten-free.
3.4.3177
Did you make the recipe? I want to see!
Tag @loveandlemons on Instagram.
✕
Free Bonus:
5 Secrets to Easy & Delicious Baking