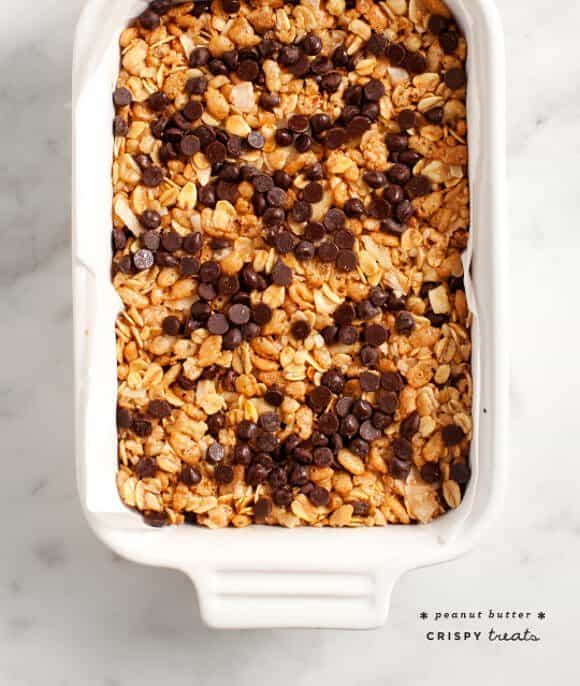 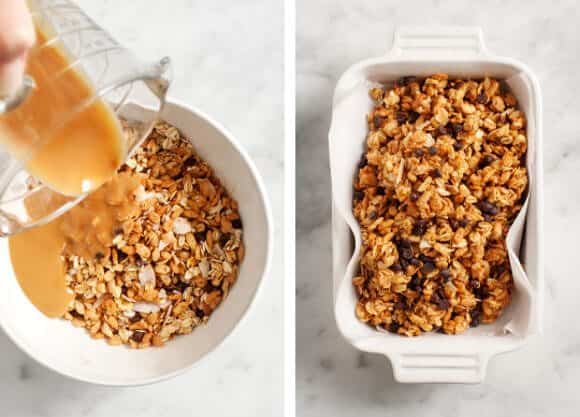 I can’t even follow my own recipes. I set out to remake this pistachio goji granola in bar form (thanks to a reader suggestion). I thought it was a great idea, especially because I’ve been looking for healthy grab-and-go breakfast options for Jack to take to work. I realize this looks more like dessert than breakfast, but I had to come up with something more enticing than the pre-packaged Costco office bagels (he just informed me) he’s been consuming every morning. For the sake of our marriage, I’m not going to get started on why he eats these (how can they even taste good?!)… but I get it, they’re “there”… so in man world that must count for something.

But I digress… this week, after trying out multiple variations of baked oaty things, I ended up here… which is in fact not a pistachio goji granola bar, but a peanut buttery oaty nutty rice crispy treat with – yes – chocolate. This might not be a green smoothie but I’m just hoping these will last him til lunch… I (personally) find them to be a nice little late-afternoon snack.

Some inspiration taken from Oh She Glows and Sprouted Kitchen. 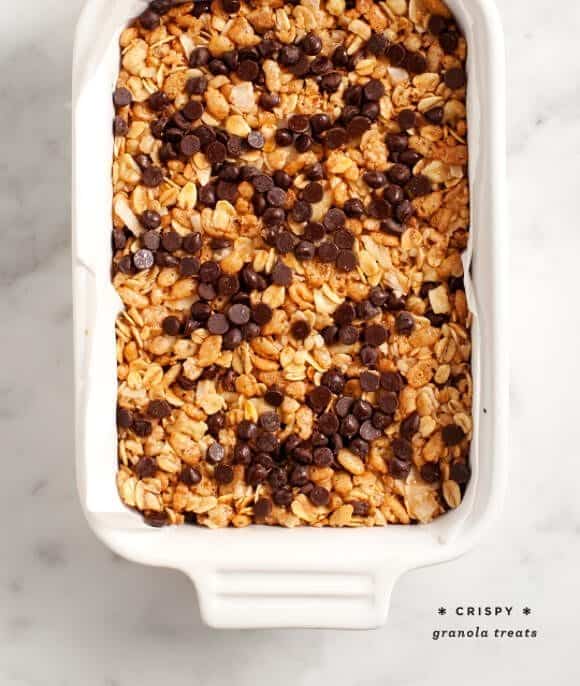