Make this lightly adapted version of Yotam Ottolenghi's Tuna Cakes with Yuzu Yogurt for an elegant and healthy at-home appetizer. 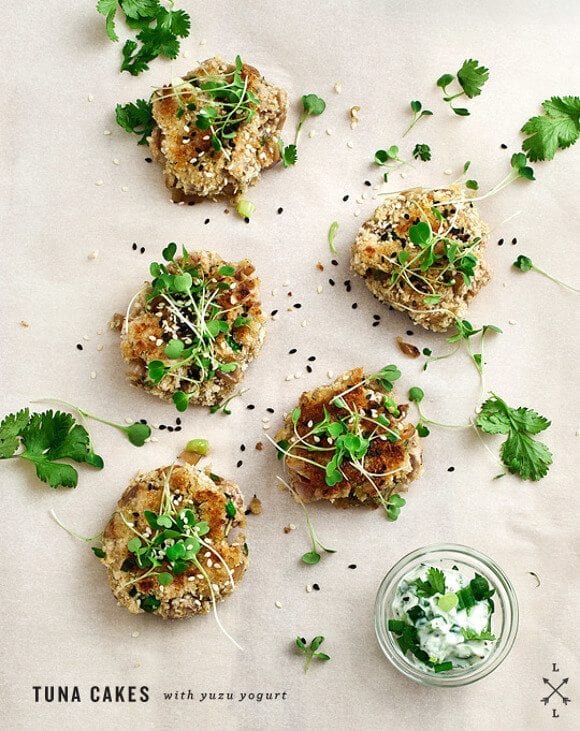 I’m a little bit (more) obsessed with Ottolenghi since coming back from London. I’m kicking myself for not picking up a copy of the new cookbook, Jerusalem, while we were there (I didn’t realize it wasn’t out in the US yet and, well, books just aren’t very packable). So last weekend I sat around and bookmarked a whole bunch of recipes from his column on The Guardian. He just has so many unique ideas.

This one is going into the category of “I’ll-probably-make-this-over-and-over-until-we’re-entirely-sick-of-eating-it.” 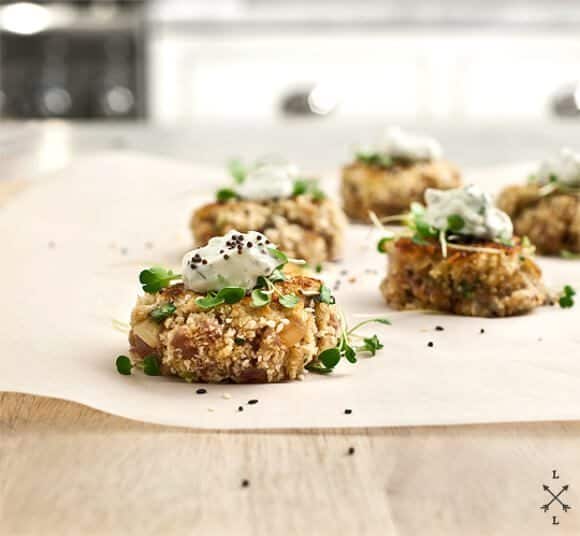 You can’t exactly tell from the photo, but it’s like tuna tartare formed into a patty and then lightly seared on each side (so it’s still rare in the middle). I crusted mine with panko and sesame seeds, which is really the only alteration I made to the recipe.

Also in the mix is fresh ginger, soy sauce, shallots, sesame oil, cilantro, and mint. I love a good yogurt sauce, this one is mixed with grated cucumber, yuzu (or you could use lime juice), and black mustard seeds.

The night after I made these, I also figured out a tasty chickpea version using similar ingredients… I’ll post that one very soon, so just hang tight vegetarians.

Since I hardly adapted a thing, click here to go over to the recipe post on The Guardian.