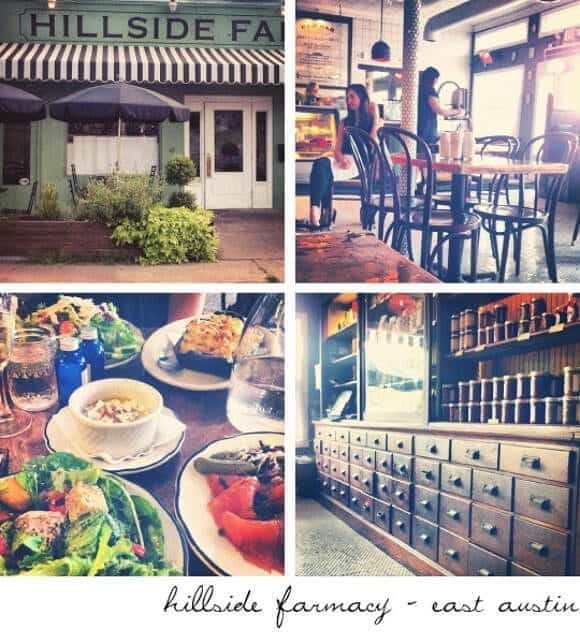 I’ll be back with a recipe tomorrow, but I wanted to share some snaps I took at Hillside Farmacy, a new restaurant I went to last week while Jack was out of town. Few things excite me more than a good restaurant design. I’d even go so far as to say that I think food tastes better while eaten in a cute space.

I didn’t catch on while I was there, but the name is a play on words not just a funny way to spell “pharmacy”. The building, at the turn of the century was The Hillside Drug store – that’s where the vintage pharmacy theme comes from… (I want those drawers for my house, by the way). The “farm” part? Because the produce and eggs all come from urban farms that are about a mile down the road.

My friend Grace and I shared a bunch of small plates, my favorite being a panzanella salad topped with a poached egg (I’ll be stealing that idea). All in all, a nice spot for breakfast, a casual dinner, or late night snack.