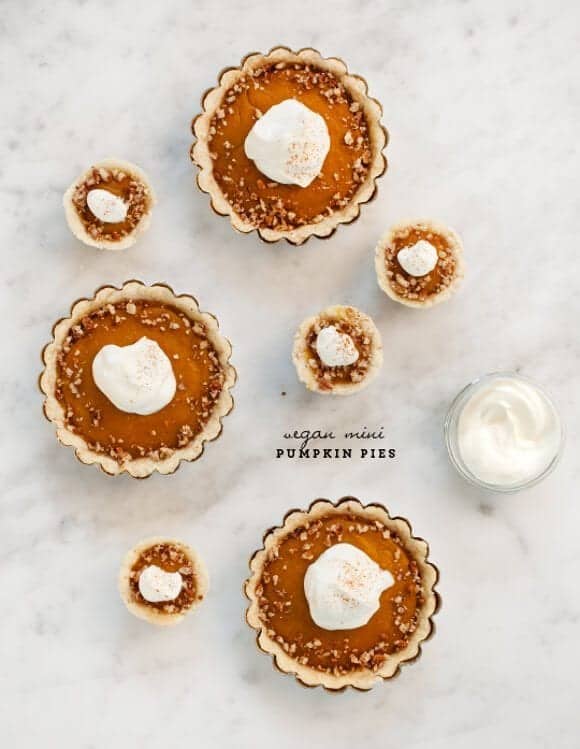 Prep time
20 mins
Cook time
30 mins
Total time
50 mins
This mini vegan pumpkin pie recipe is a delicious fall treat! Don't skip the final chilling of the pies, as it's necessary for them to fully set.
Author: Jeanine Donofrio
Recipe type: Dessert
Serves: 6-8 3-inch mini pies
Ingredients
for the filling:
for the pies:
Instructions
Notes
You can sub fresh pumpkin or sweet potato for the canned puree - cook it and mash it first - then puree the final filling in a food processor to smooth the mixture before filling the pies. Use slightly less than 1 cup of fresh mash, because it's thicker and less watery than canned puree.

This filling recipe is intended for mini pies (which are more fun anyway). It is not quite thick enough to set firmly within a full-sized pie.

For a gluten free version: Skip the crust. Crush up lots of pecans with brown sugar, cinnamon, and a bit of coconut oil and make a parfait.
Recipe by Love and Lemons at https://www.loveandlemons.com/vegan-pumpkin-pie/
3.4.3177