Make a big, beautiful tray of easy crostini appetizers for your next gathering! With 6 flavor pairings, you'll have something for everyone. 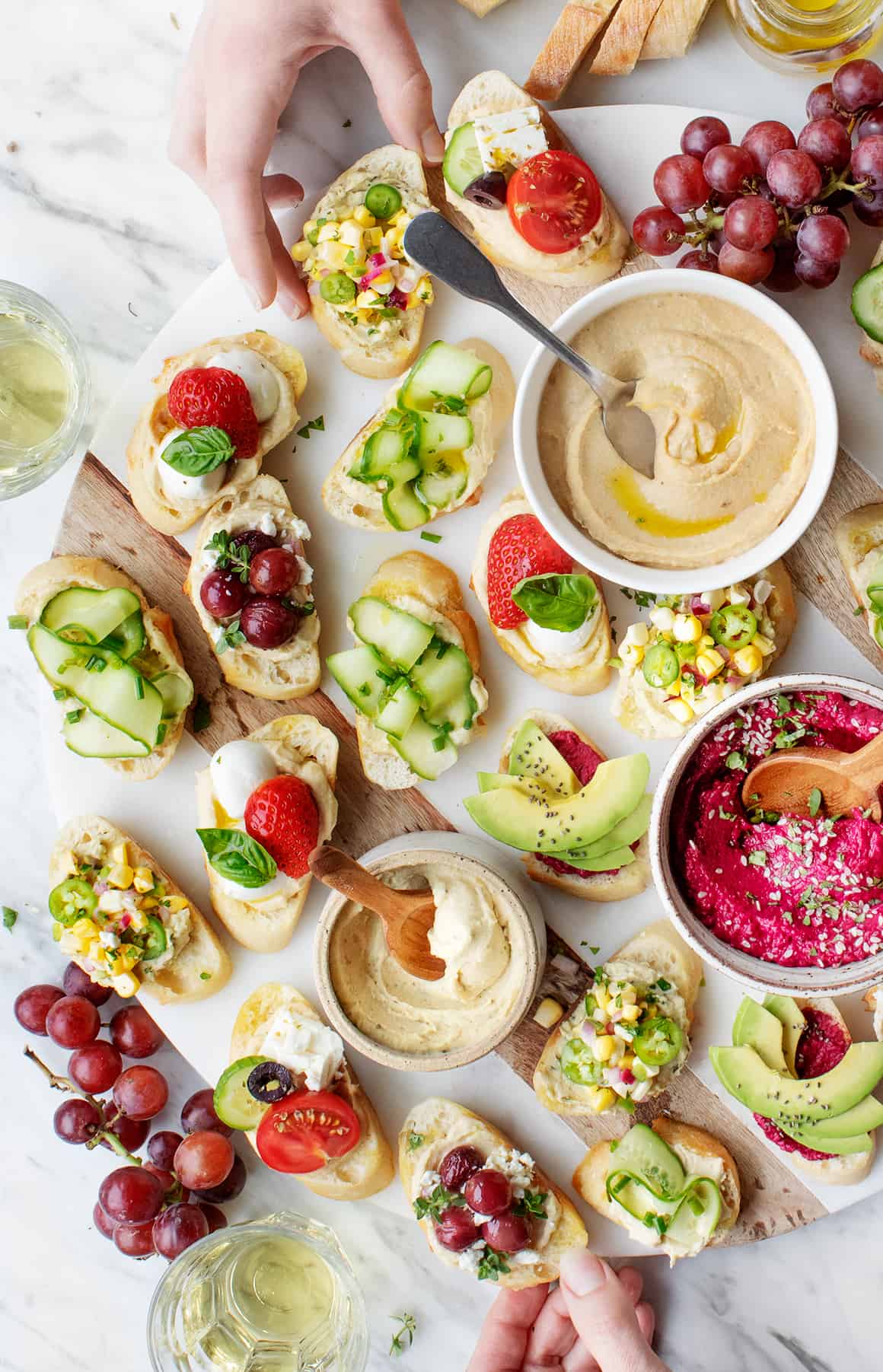 Now that the 4th of July has come and gone, summer is in full swing. Not only are we (finally) seeing sunny skies and warm weather, but we’ve also had a lot of visitors in the last few weeks. Jack’s sister was in town for the 4th, and his parents were in a week earlier. We’ve had friends visiting as well!

With company in the house, I always like to have a few good appetizer ideas up my sleeve. Different people like to eat at different times, and I never want guests to starve while they wait for dinner to be served. In the past, I’ve made my own hummus or served avocado toast, but with the amount of people we’ve had coming and going in the last few weeks, I decided to go a different route this year.

This summer, ALDI is launching creative new hummus flavors all season long. When I saw the range of options – Jalapeño Lime, Rosemary Sea Salt, Ranch, and more – I knew that these spreads would be my entertaining hack for summer appetizers. 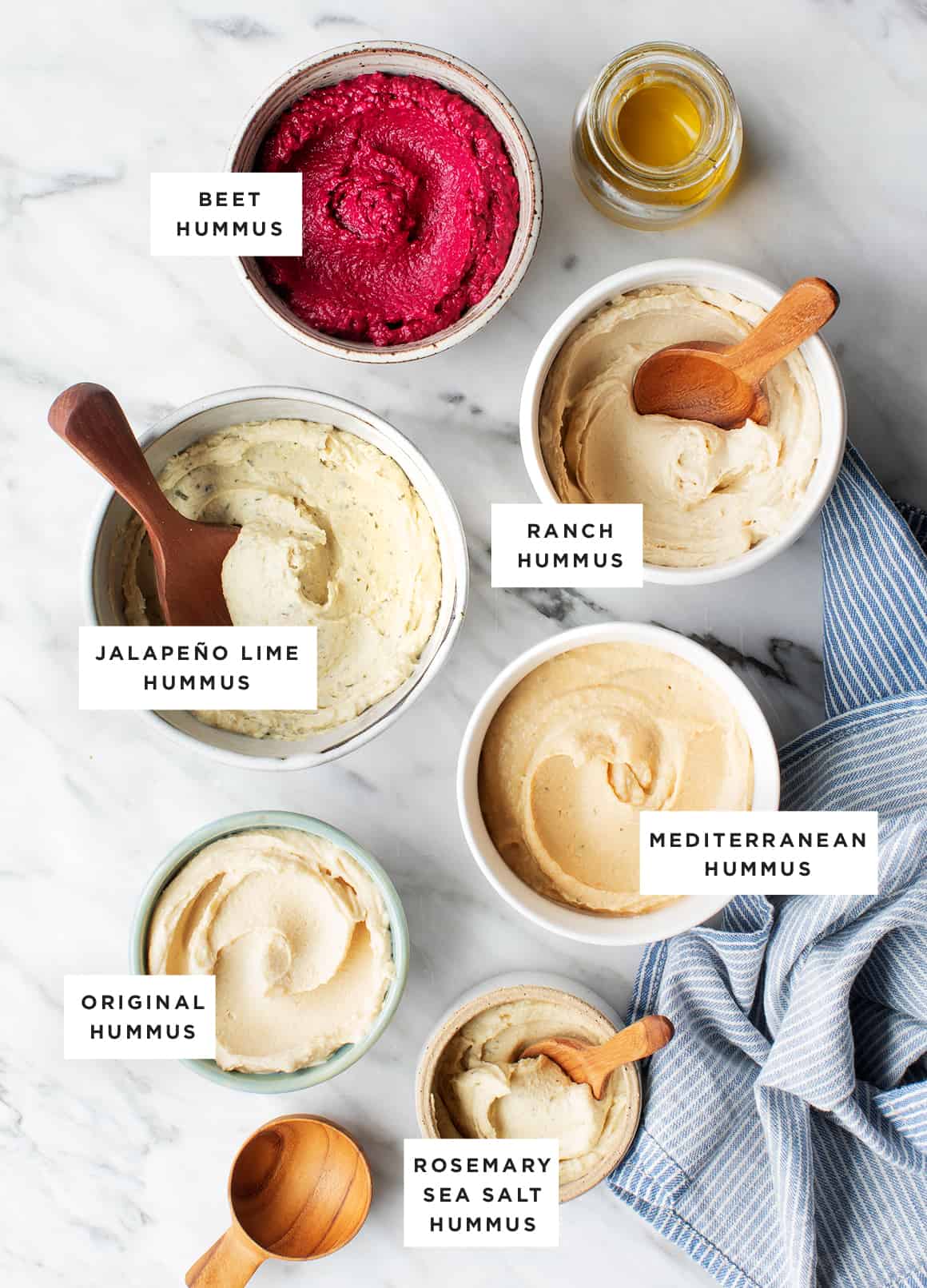 Rather than spending time in the kitchen blending up my own hummus or worrying about avocado toast getting brown, I used these new, flavor-packed hummuses from ALDI as the base of these crostini appetizers. With the yummy hummuses already made, I could spend less time in the kitchen and more with our guests. And instead of thinking about making hummus, I could focus on showcasing the wonderful produce we have this time of year. 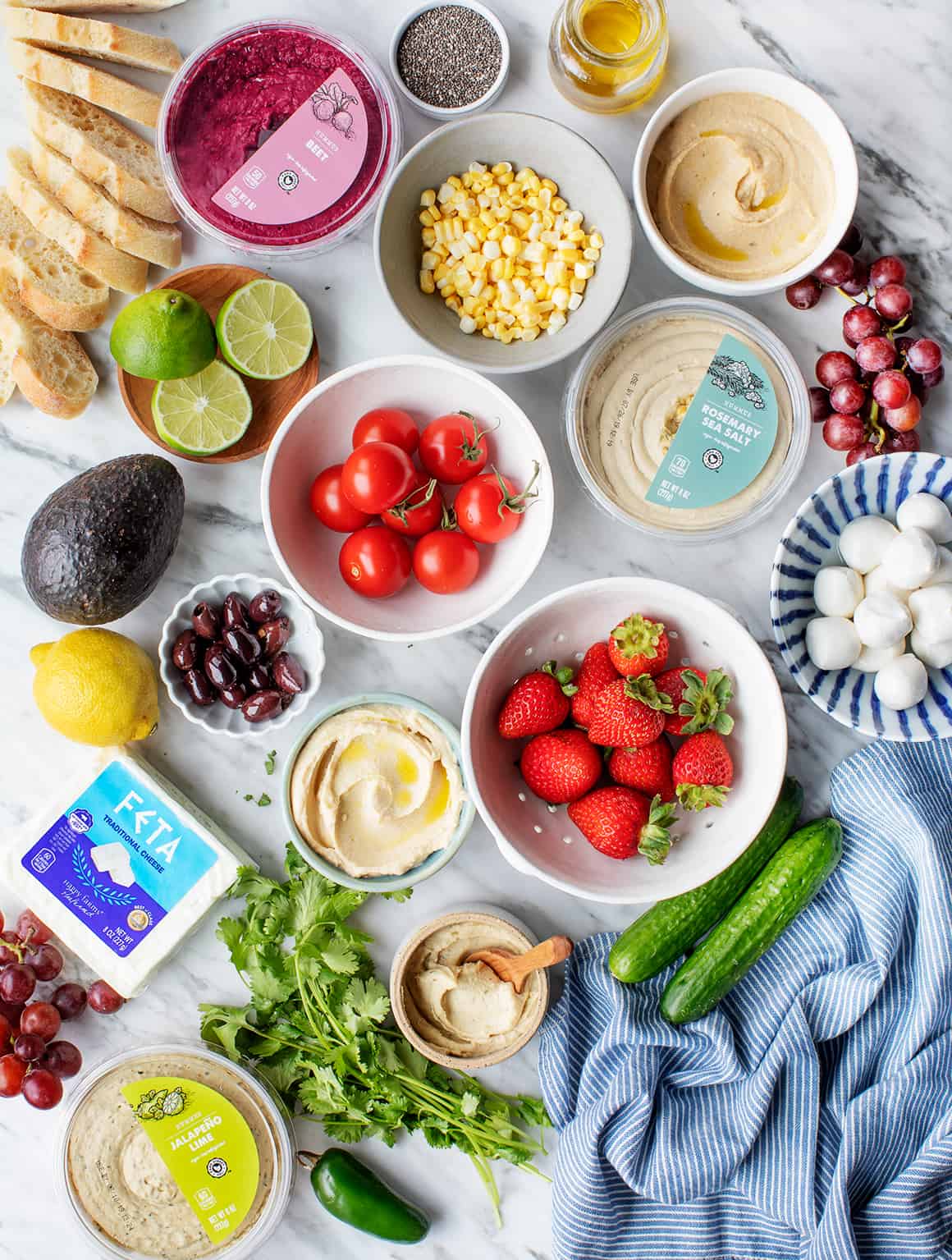 I paired each hummus with simple, fresh ingredients, and let me tell you, these crostini pack a huge punch of flavor. I found all the ingredients at ALDI, so they’re affordable entertaining options. But best of all, these crostini appetizer ideas are really easy to assemble. Our summer guests will vouch for how delicious they are, too! 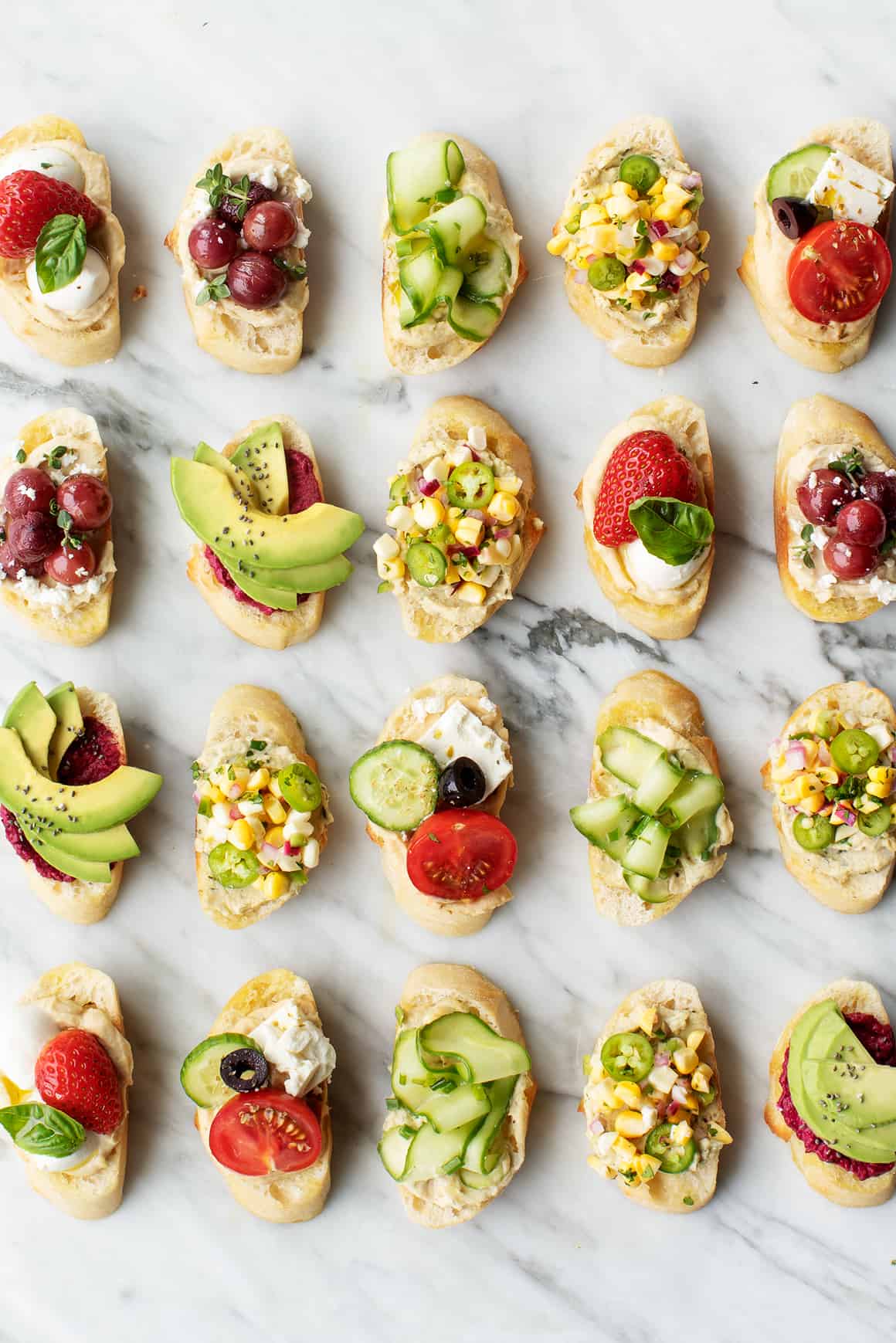 I tried six of the new ALDI hummus flavors for these appetizer recipes, and I developed a fresh topping combination for each. Here are my new go-to summer appetizer ideas: 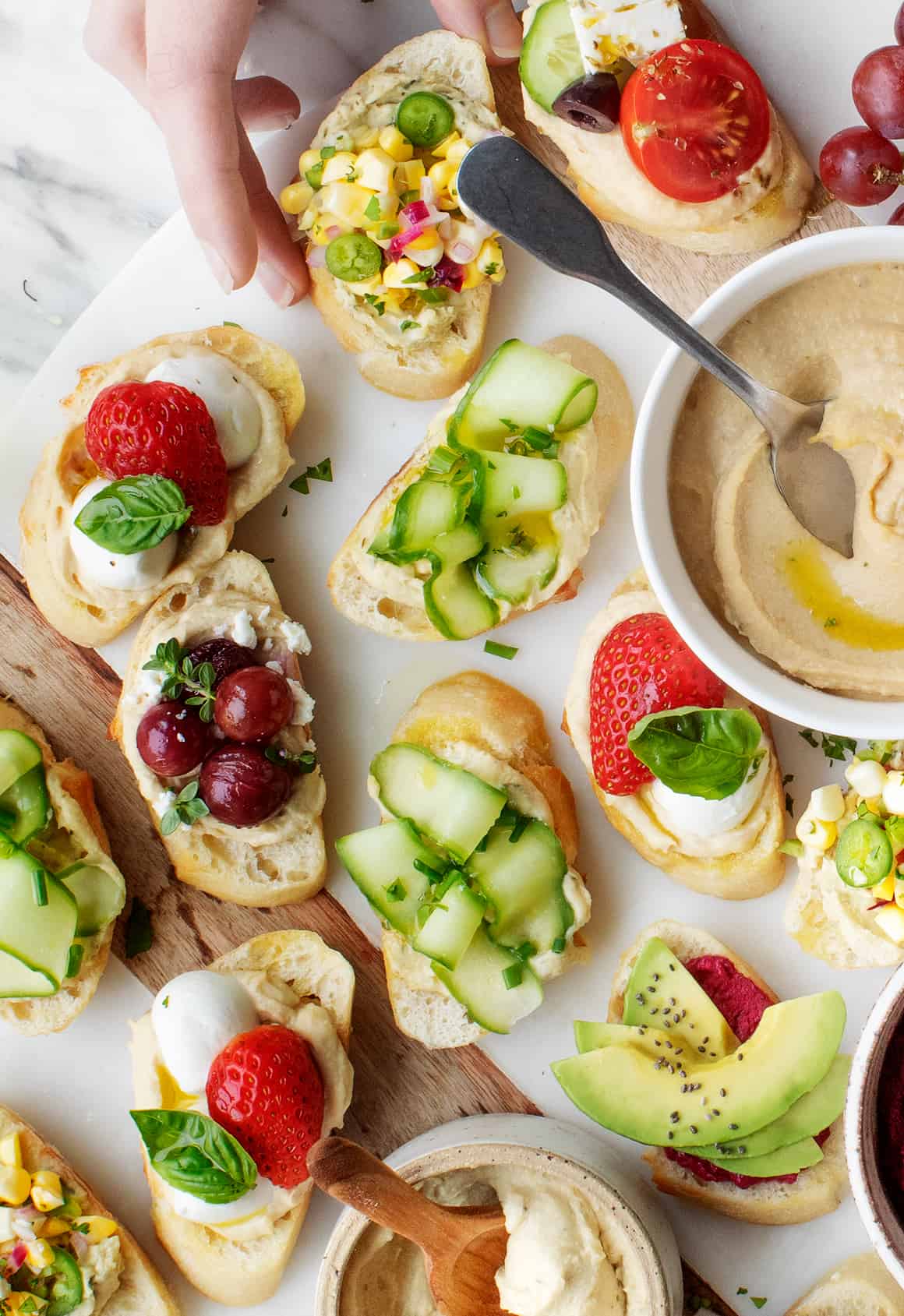 If you have leftover hummus after making these summer appetizers, use it in a chickpea shawarma wrap or an easy veggie wrap. Of course, all these hummus flavors are good with fresh veggies & crackers, too. 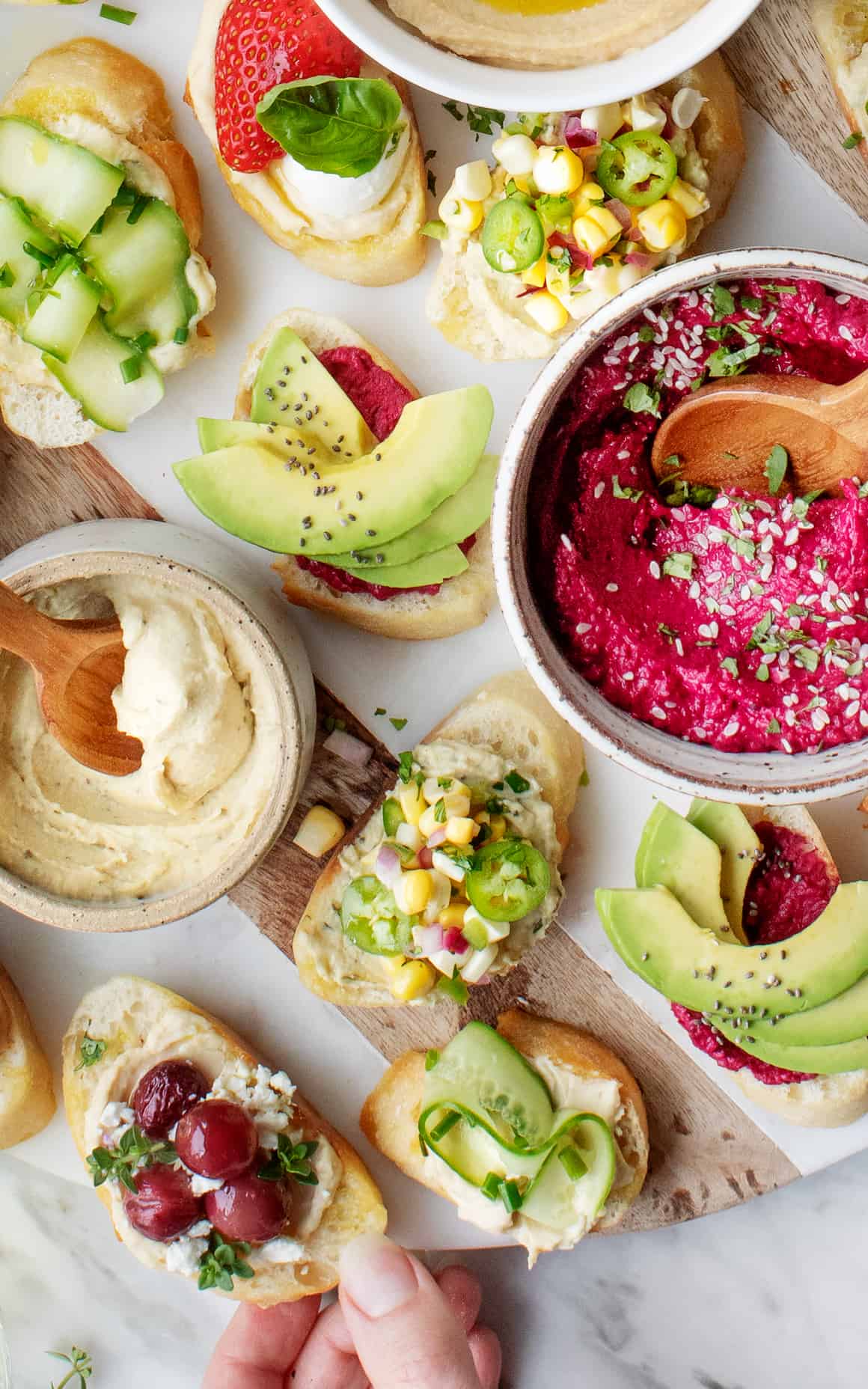 If you love these appetizer ideas…

Head to ALDI to find all these fresh ingredients and bold hummuses at great prices. And if you try these easy appetizers, comment below with your favorite!

For more appetizer ideas, check out this post with 50 easy appetizers. 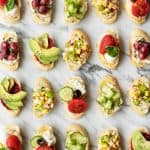 Note: the Corn “Ceviche” and roasted grapes can be prepared in advance and stored for 2-3 days in the fridge.
Did you make the recipe? I want to see!
Tag @loveandlemons on Instagram.
✕
Free Bonus:
5-Part Guide to Delicious Vegetarian Eating!