This vegan cinnamon coffee smoothie is the perfect healthy breakfast or snack! Made with dates and almond butter, it's creamy, filling, and delicious. 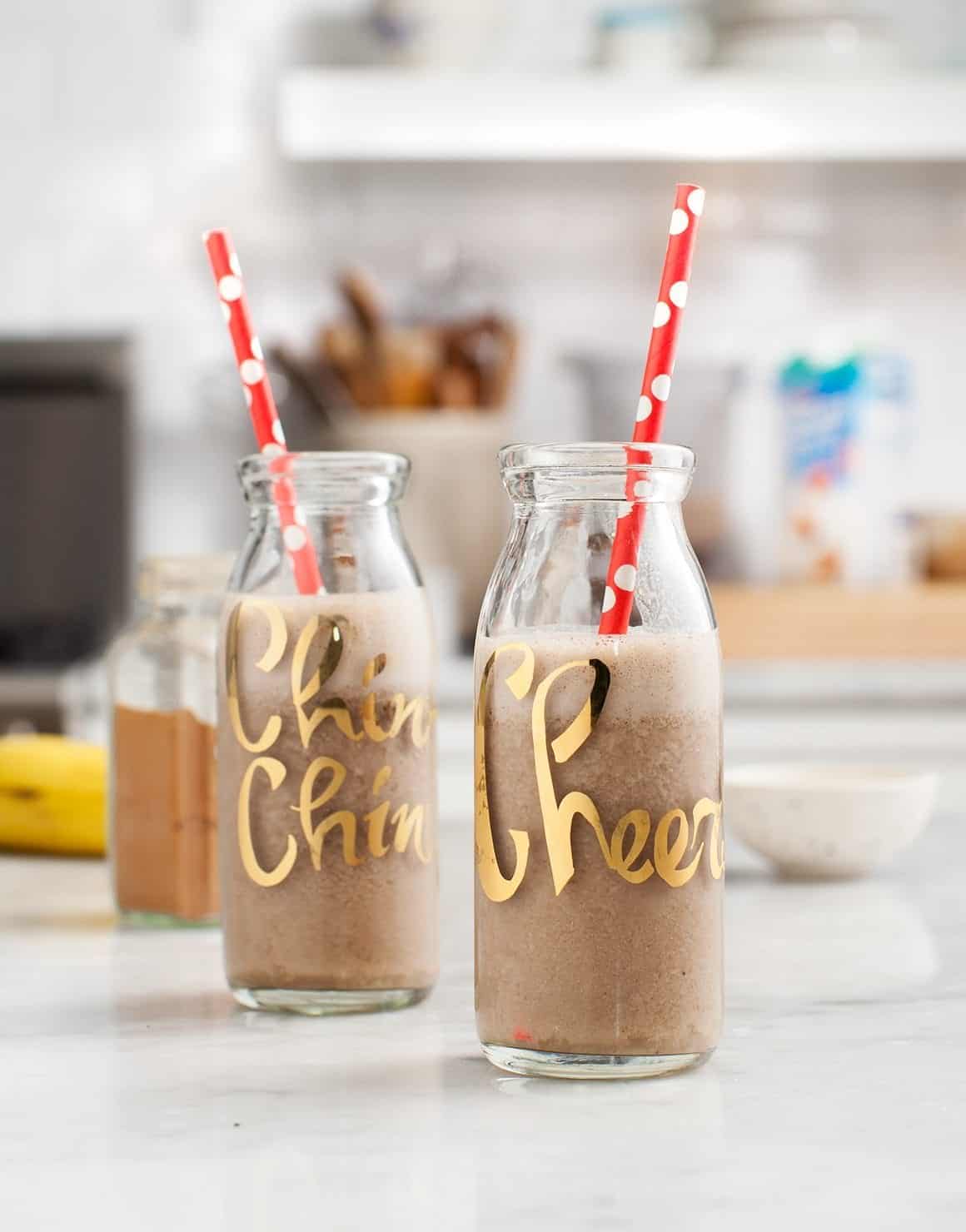 For this post, I had originally planned to do a cinnamon roll recipe to recreate all of my warm and cozy Christmas morning memories. Obviously – I didn’t get to it. Plan B was to make a cinnamon roll smoothie – all of the goodness of cinnamon rolls but in a healthier format. But then I realized, who am I kidding? A cinnamon smoothie will never be a cinnamon roll, so instead, I’m sharing this yummy coffee smoothie that we’ve been making all week and really enjoying. It’s creamy and filling, and it won’t leave you with that carb/sugar overload feeling. What it will leave you with is more energy for opening presents, and it’ll make you feel better about having a cocktail and a few cookies later in the day!

Try it, and you’ll never believe this coffee smoothie recipe is vegan. Several key ingredients make it creamy & richly flavorful without any dairy: 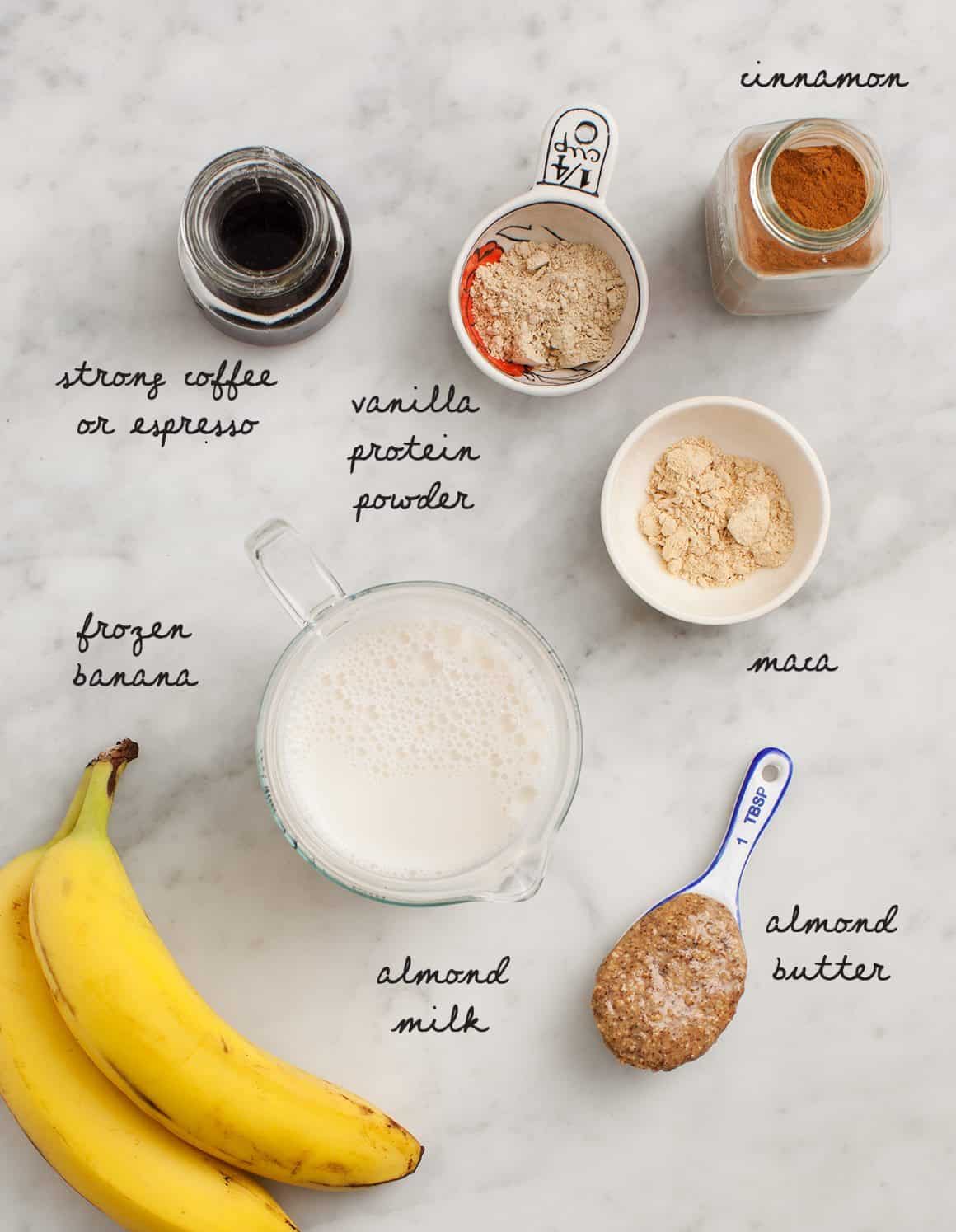 If you love this coffee smoothie recipe…

Try this smoothie bowl, this strawberry banana smoothie, this green smoothie, or this avocado smoothie next!

Print
Prep time
5 mins
Total time
5 mins
Made with dates and almond butter, this Cinnamon Coffee Smoothie is the perfect healthy breakfast or snack. Vegan and gluten-free!
Author: Jeanine Donofrio
Serves: 2
Ingredients
Instructions
Notes
For the protein powder, I used Moonjuice Vanilla Mushroom Powder. For the Maca, I used Essential Living Foods Maca Blend.
3.4.3177
This recipe was inspired by the Winter Smoothie on The Fresh Exchange.