Here it is: the only coconut macaroons recipe you'll ever need! They're crisp on the outside, soft in the middle, and oh-so-good with a chocolate drizzle. 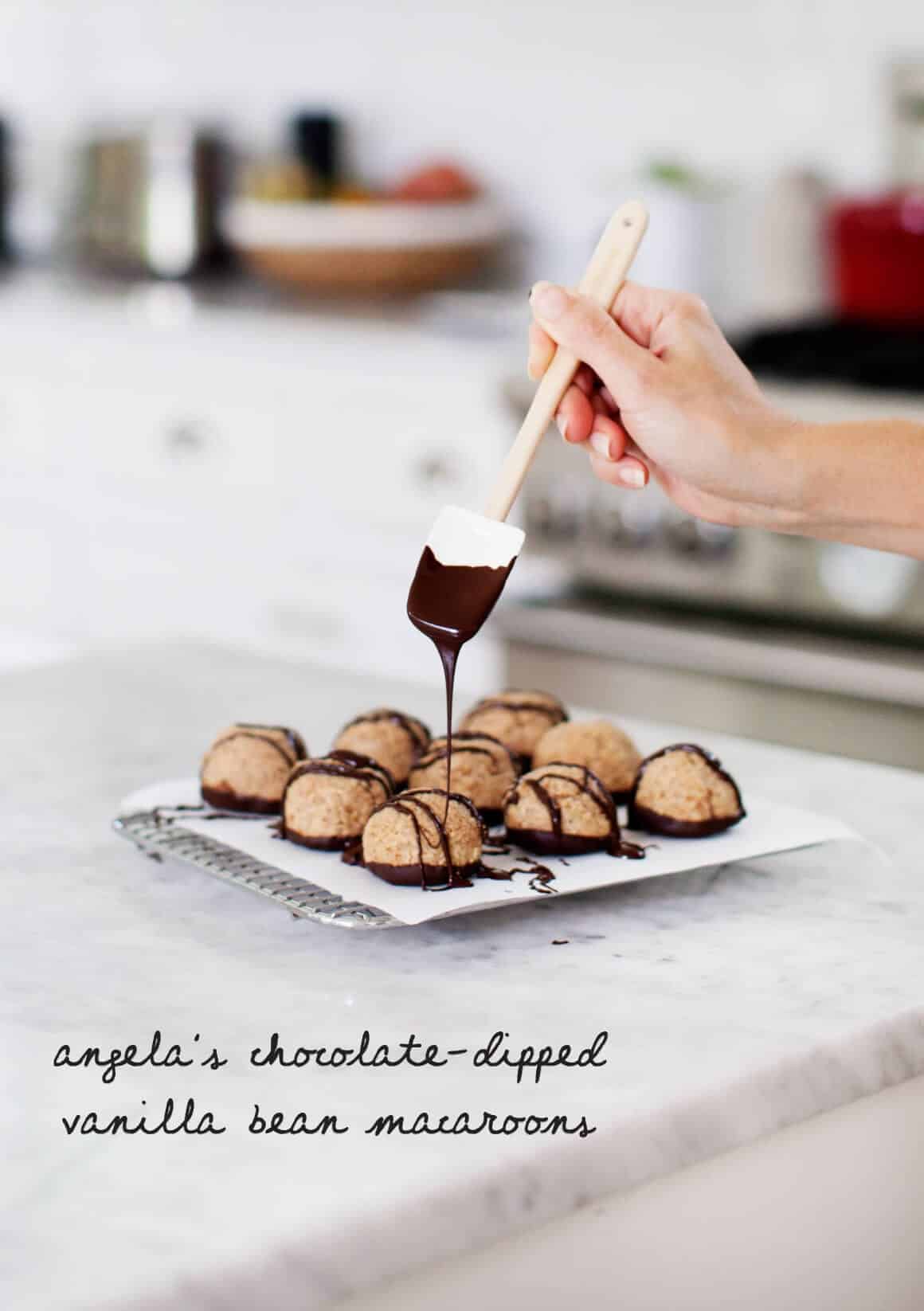 Truth: I have a hard time writing cookie posts without getting up to eat at least  two. For this reason I usually like to post salads and other lighter foods on Mondays, but I’m switching things up today because sometimes you just need a #cookiemonday (or in this case a coconut macaroon Monday) and that’s ok. 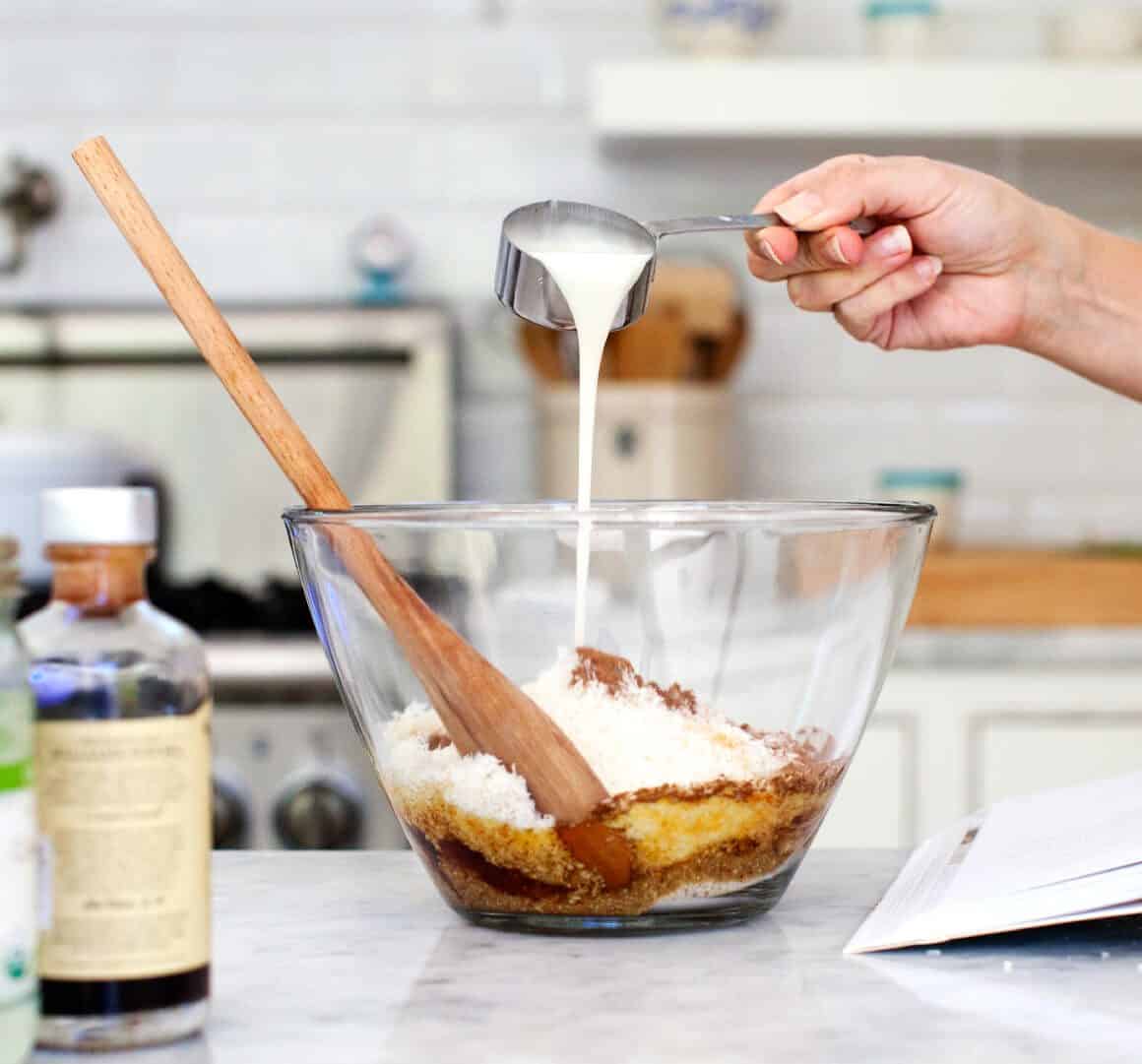 This coconut macaroons recipe is from Angela Liddon’s new book, Oh She Glows Every Day. I’m sure you all have it by now, right? If you don’t, and you’re vegan (and even if you’re not), you’re going to love it. It’s packed with SO MANY yummy vegan recipes and some especially show-stopping desserts. There’s even an entire chapter devoted to vegan cookies because Angela is a girl after my own heart. 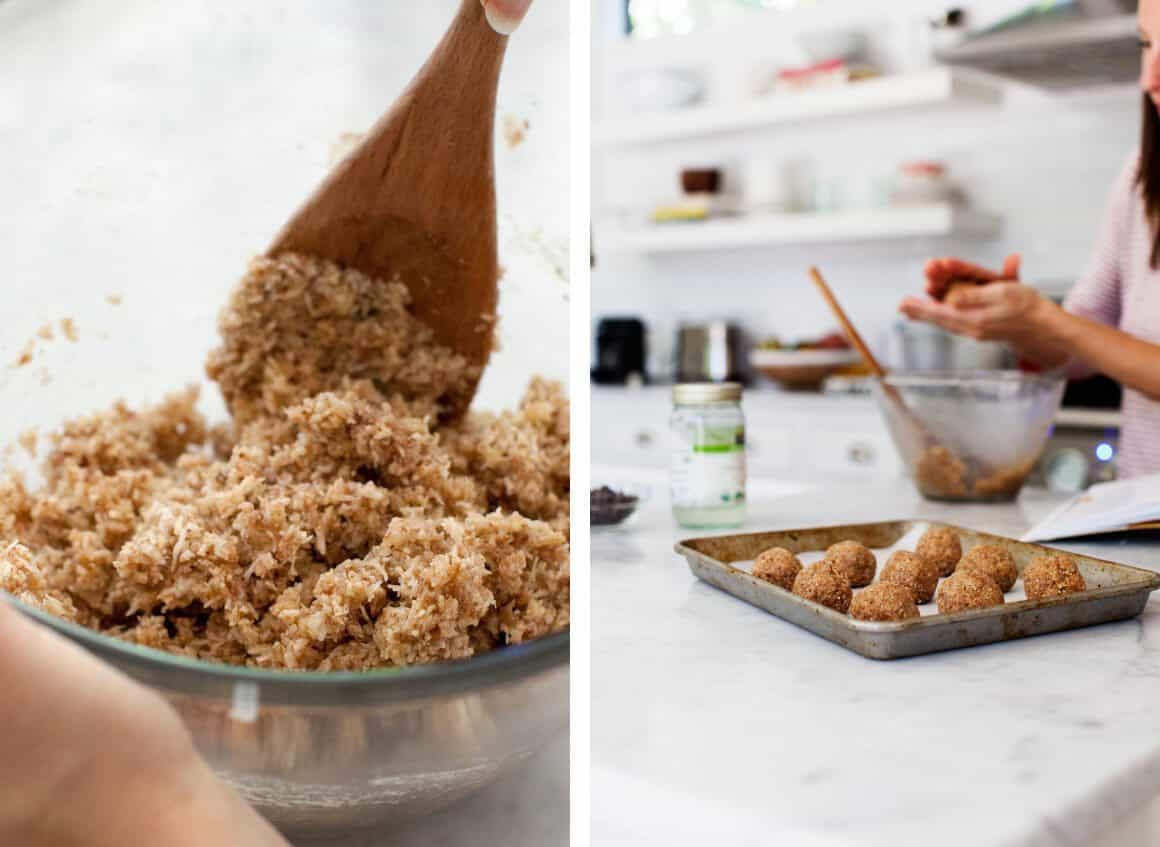 If you hadn’t guessed by now, these coconut macaroons are vegan, so you won’t find any sweetened condensed milk or whipped egg whites here. All the same, they’re moist, buttery, and full of rich coconut flavor. Here’s what makes them just as good as (if not better than) a classic coconut macaroon:

Angela’s recipe also calls for dark chocolate for drizzling & dipping. FYI, I loved these macaroons warm out of the oven even before adding the chocolate. So if you’re short on time, you can bake them off and stop there. If not, get messy and melt some chocolate (you definitely won’t regret it)! 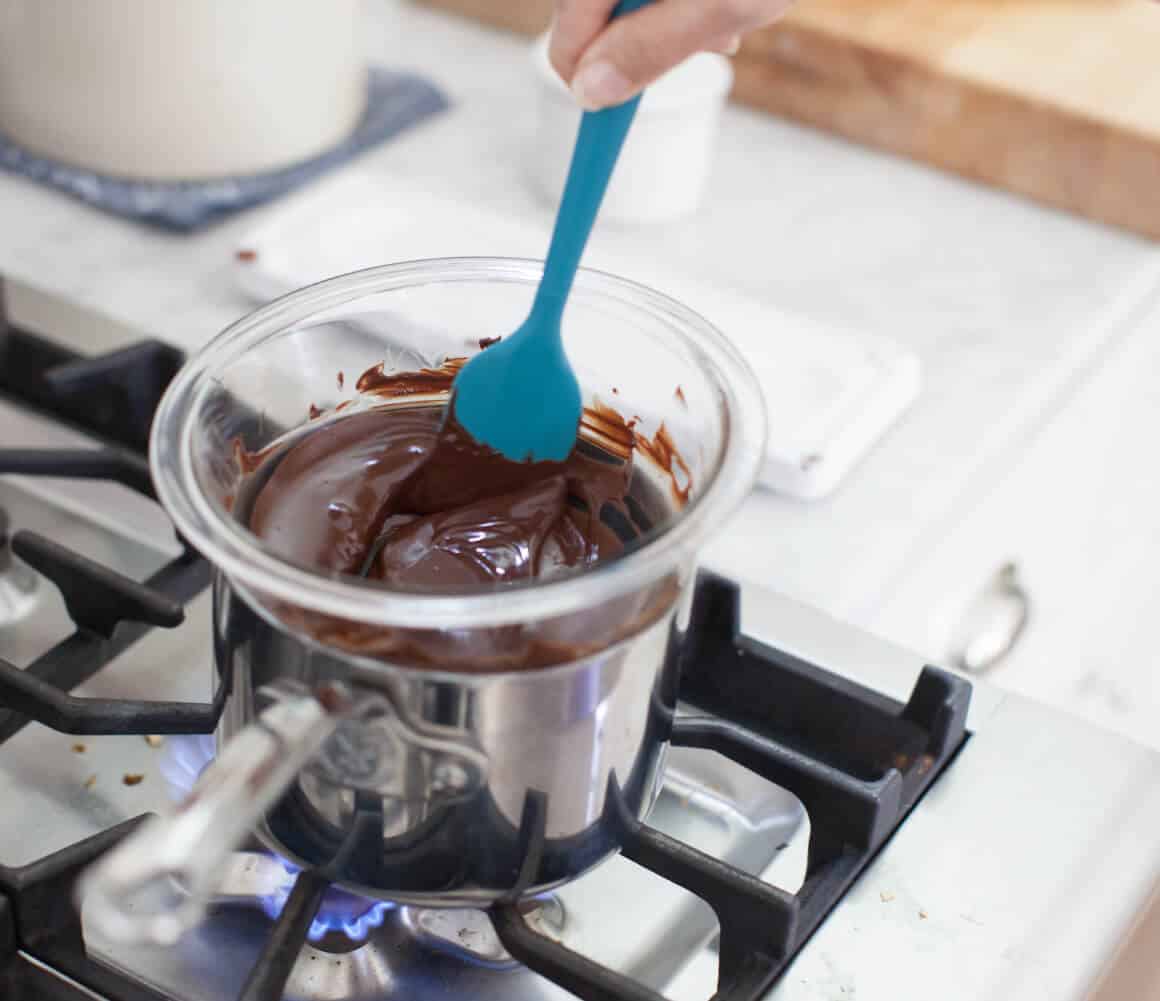 How to Make Coconut Macaroons

Before I tried this recipe, making macaroons always seemed too involved to try at home. But let me tell you, they’re really not tricky. They’re especially simple with this recipe, as you don’t need to worry about beating egg whites into soft peaks! Here’s how you make them:

If you’re not a chocolate fan, stop here. Otherwise, proceed with the dipping process!

First dip the base of the macaroons into the chocolate, then freeze them just long enough for the chocolate to harden: 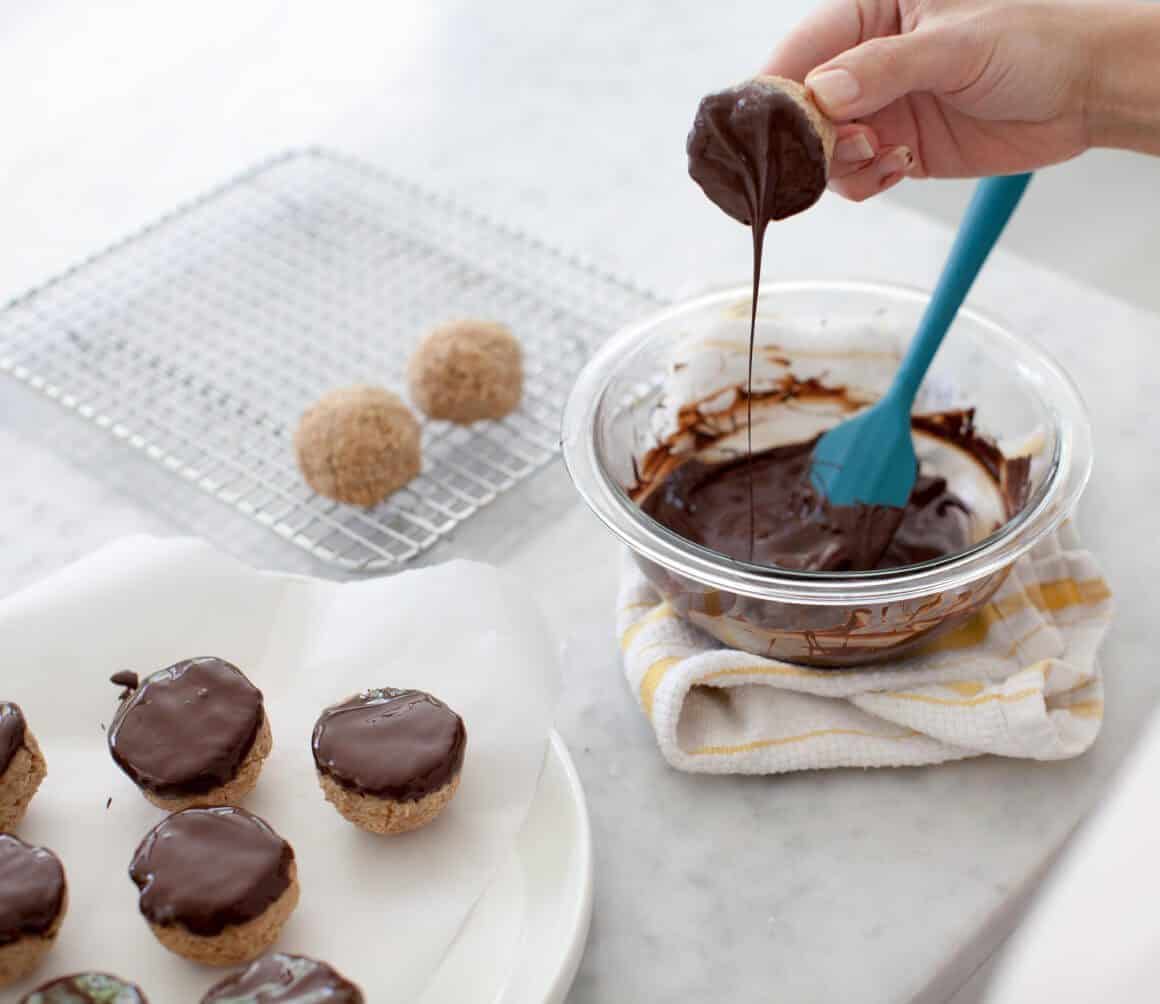 Then, flip them over and drizzle the tops with chocolate and TRY to make yours a little prettier than the mess I made here: 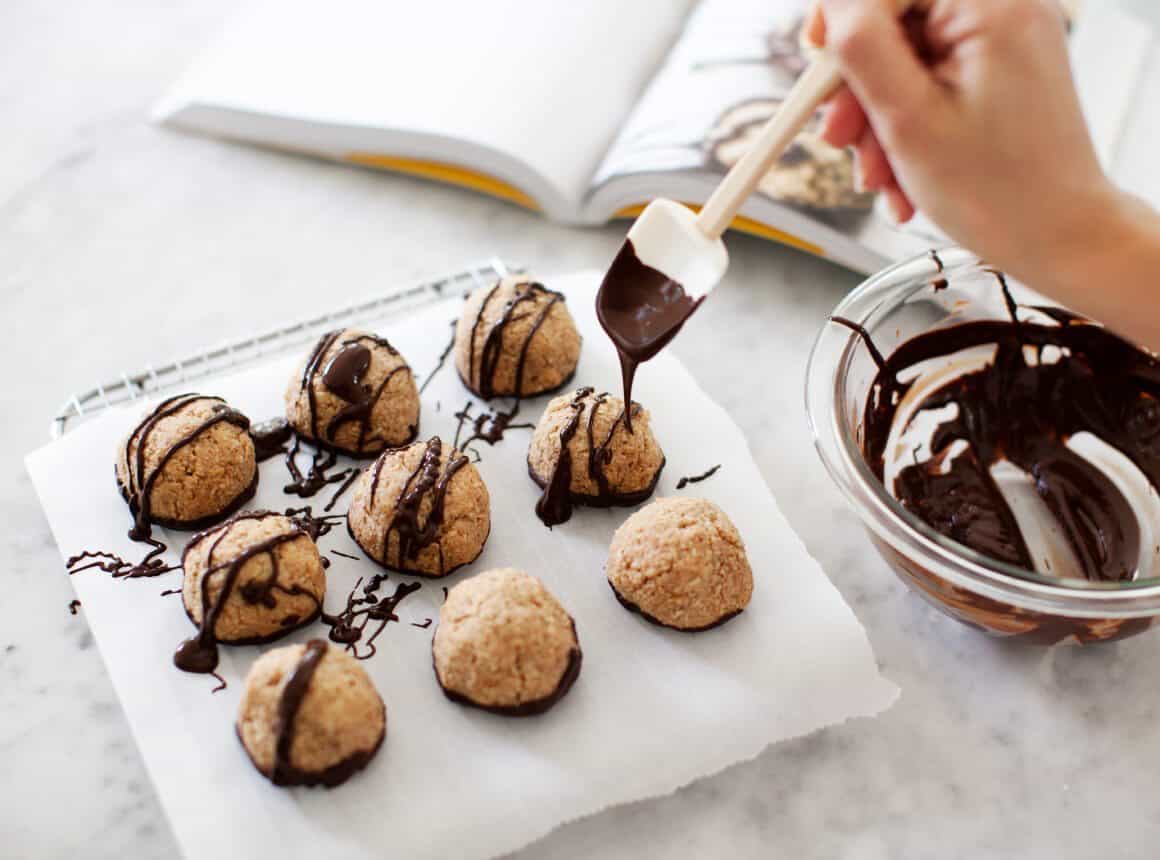 Freeze them for 5-10 minutes so that the chocolate can harden, and then enjoy! 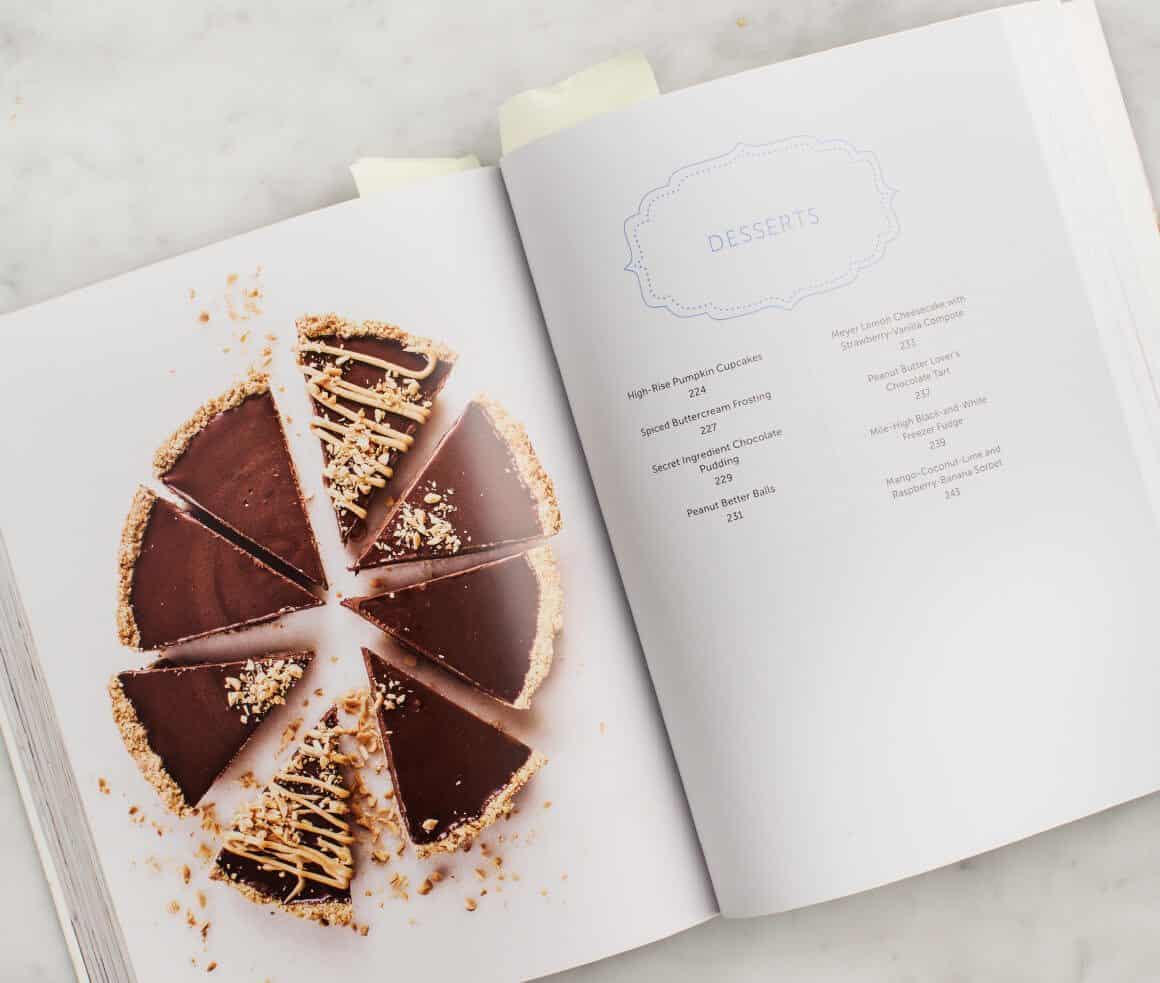 If you love this coconut macaroons recipe, try one of these cookie recipes next:

**Angela's instructions advise not to skip this because they won't hold together with coconut oil. She has a recipe for homemade coconut butter in the book (just process unsweetened shredded coconut in your food processor until it's smooth & creamy), but I used the Artisana brand coconut butter and it was great.
3.4.3177