These baked jalapeño poppers are the ultimate game day snack! They're crispy on top, creamy in the middle, and packed with delicious savory flavor. 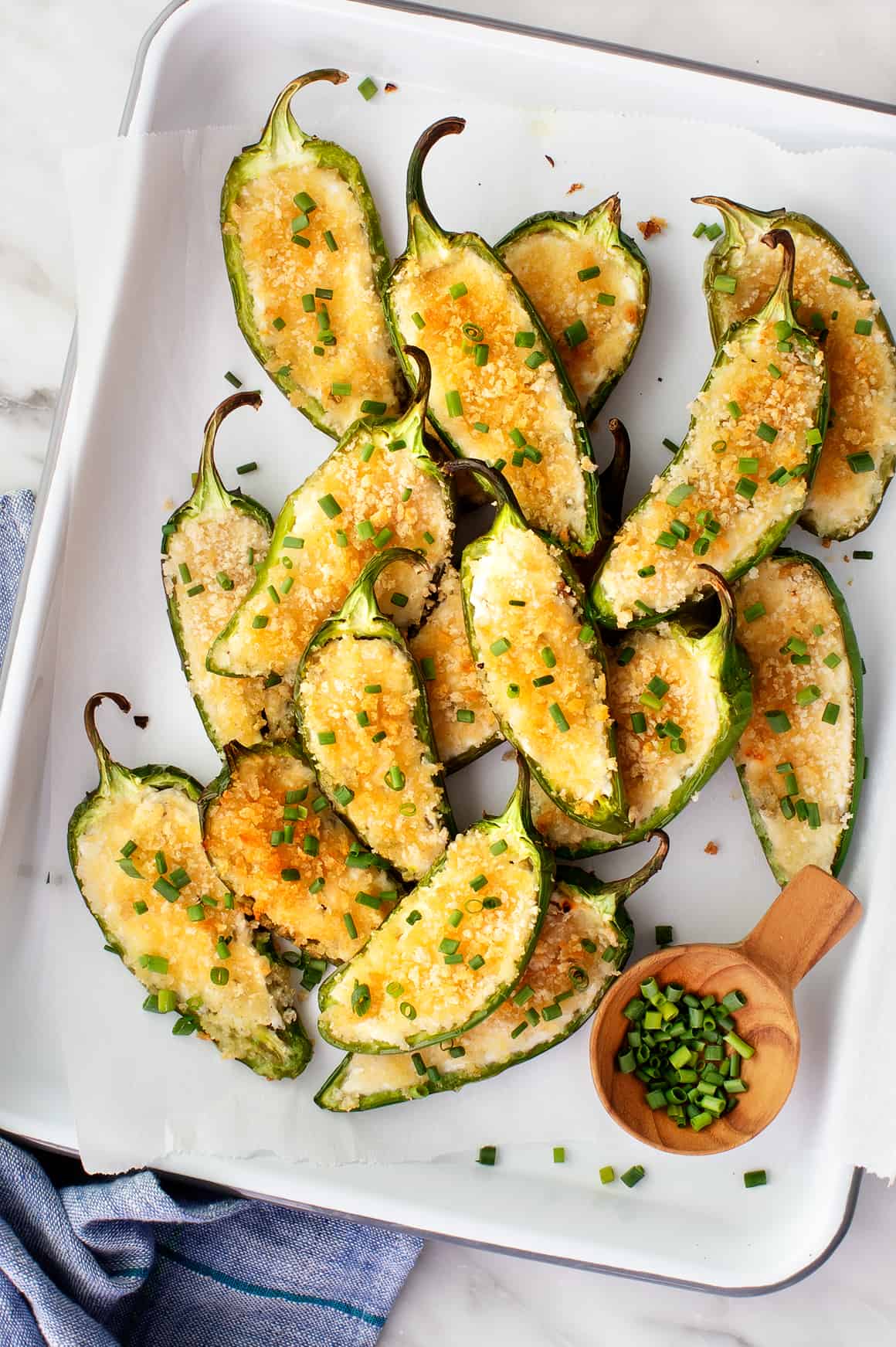 If anything could turn me into a sports fan, it’d be these baked jalapeño poppers! Like all the best game day snacks (looking at you, salsa and guac), they’re simple, tasty, and really darn fun. The day I took these photos, I planned to eat just one or two jalapeño poppers straight from the oven, to check that the flavors were right. Before I knew it, I’d had 3, 4… I think it’s safe to say that the flavors were a-ok. 🙂

Of course, I couldn’t write a jalapeño poppers recipe without adding a fresh twist. These jalapeño poppers are lighter than most, and not just because they’re baked instead of fried. I also replace the classic cream cheese filling with a creamy, tangy mix of Greek yogurt, cheddar cheese, garlic, and chives. It’s not traditional, but it tastes fantastic, especially with a layer of crispy panko bread crumbs on top. 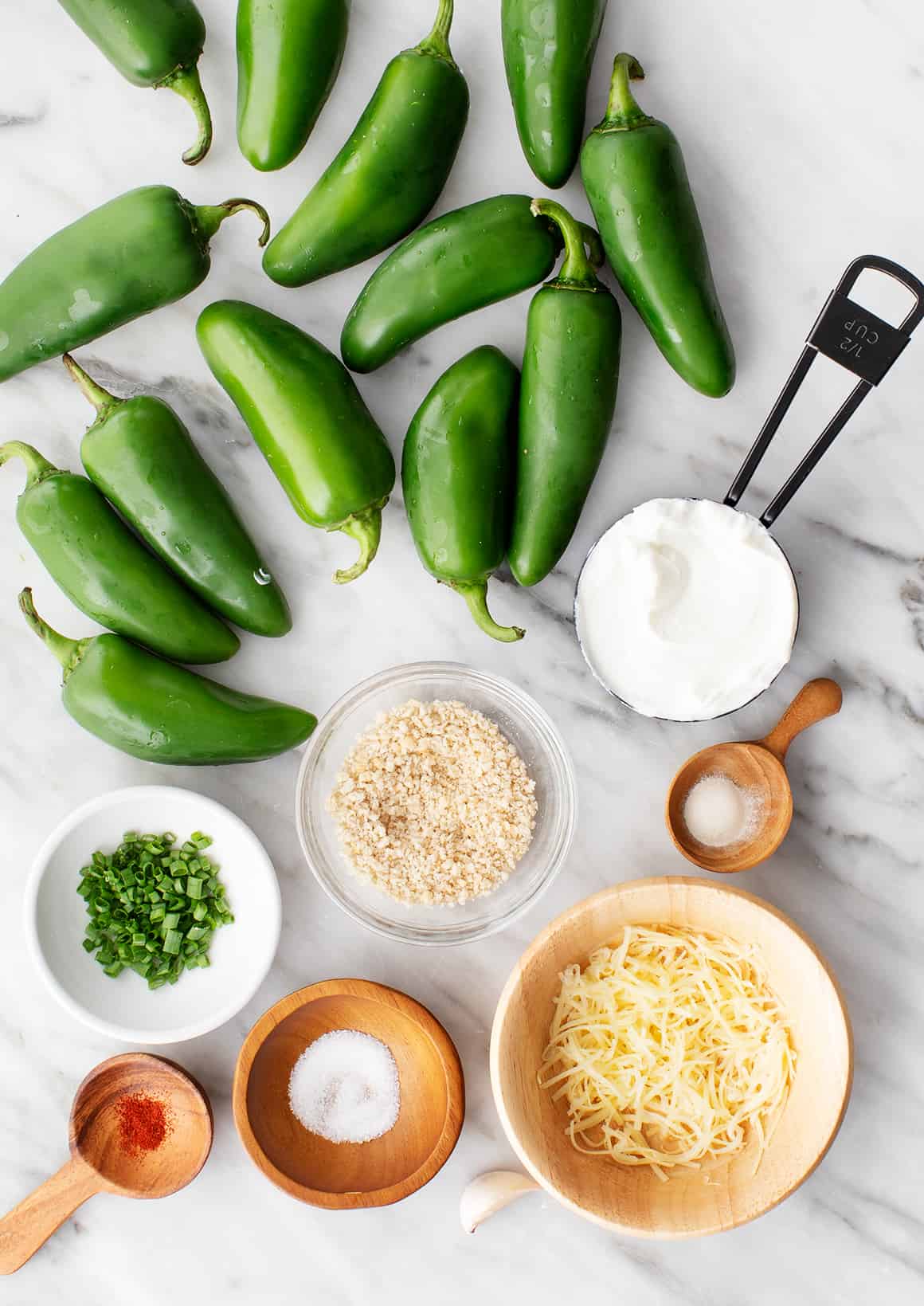 You only need a few simple ingredients to make this easy jalapeño poppers recipe: 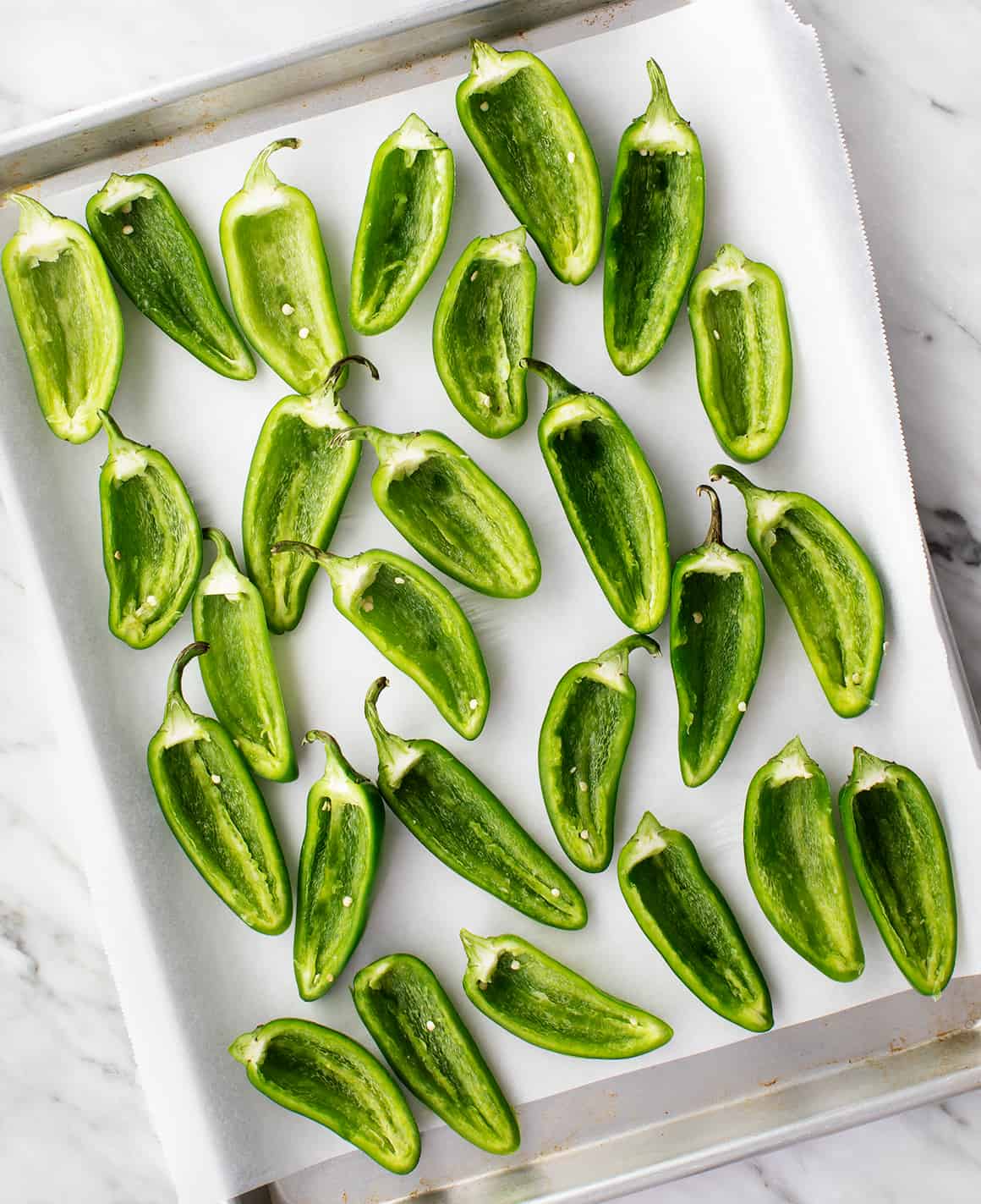 How to Make Jalapeño Poppers

My method for how to make jalapeño poppers is super simple! Here’s how it goes:

First, slice the peppers. Cut each jalapeño in half vertically, and remove the seeds and membranes. I recommend wearing gloves for this step. Otherwise, the spicy peppers might hurt your hands! 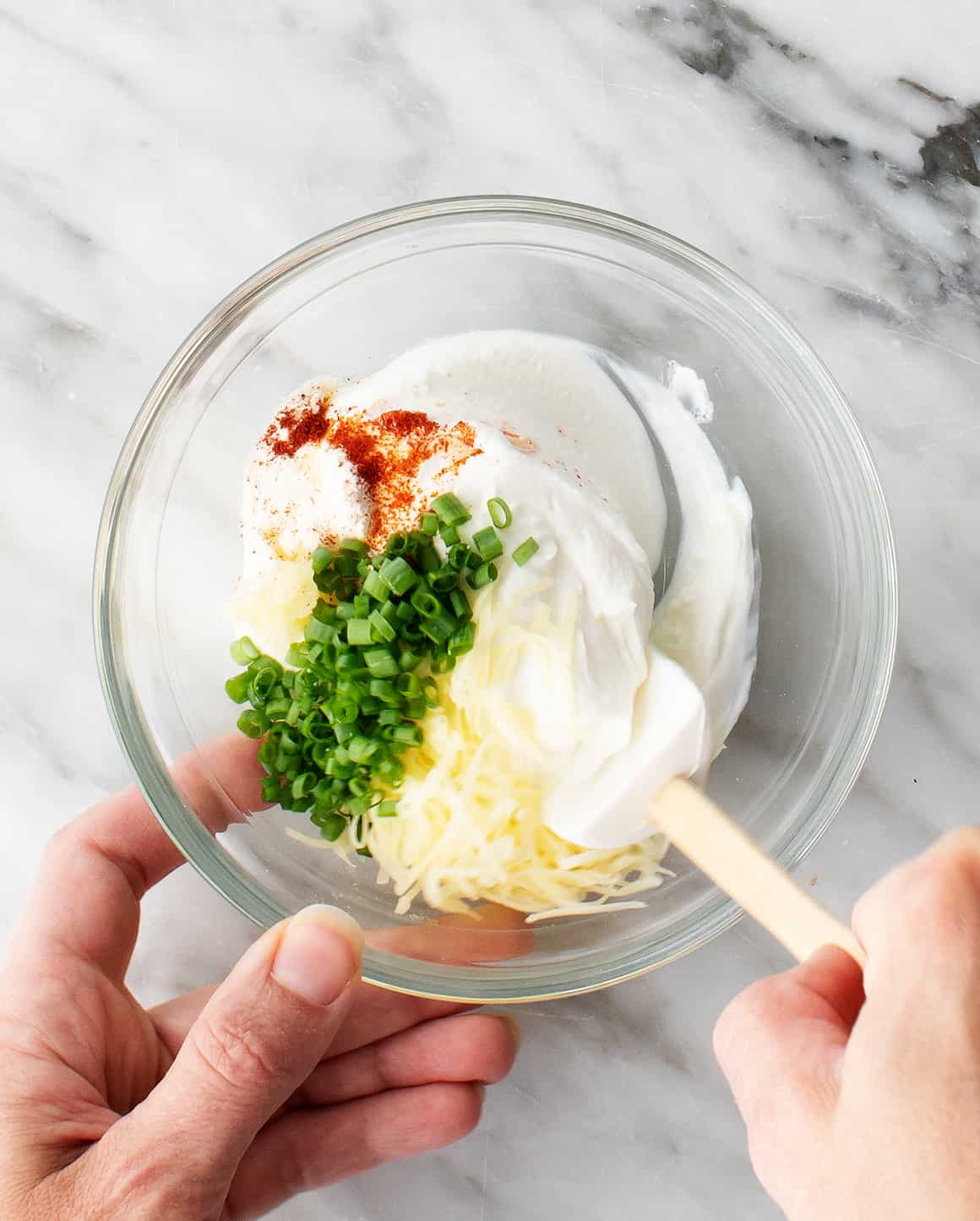 Next, make the filling. Place the Greek yogurt, cheese, garlic, onion powder, chives, smoked paprika, and salt in a small bowl, and stir to combine. 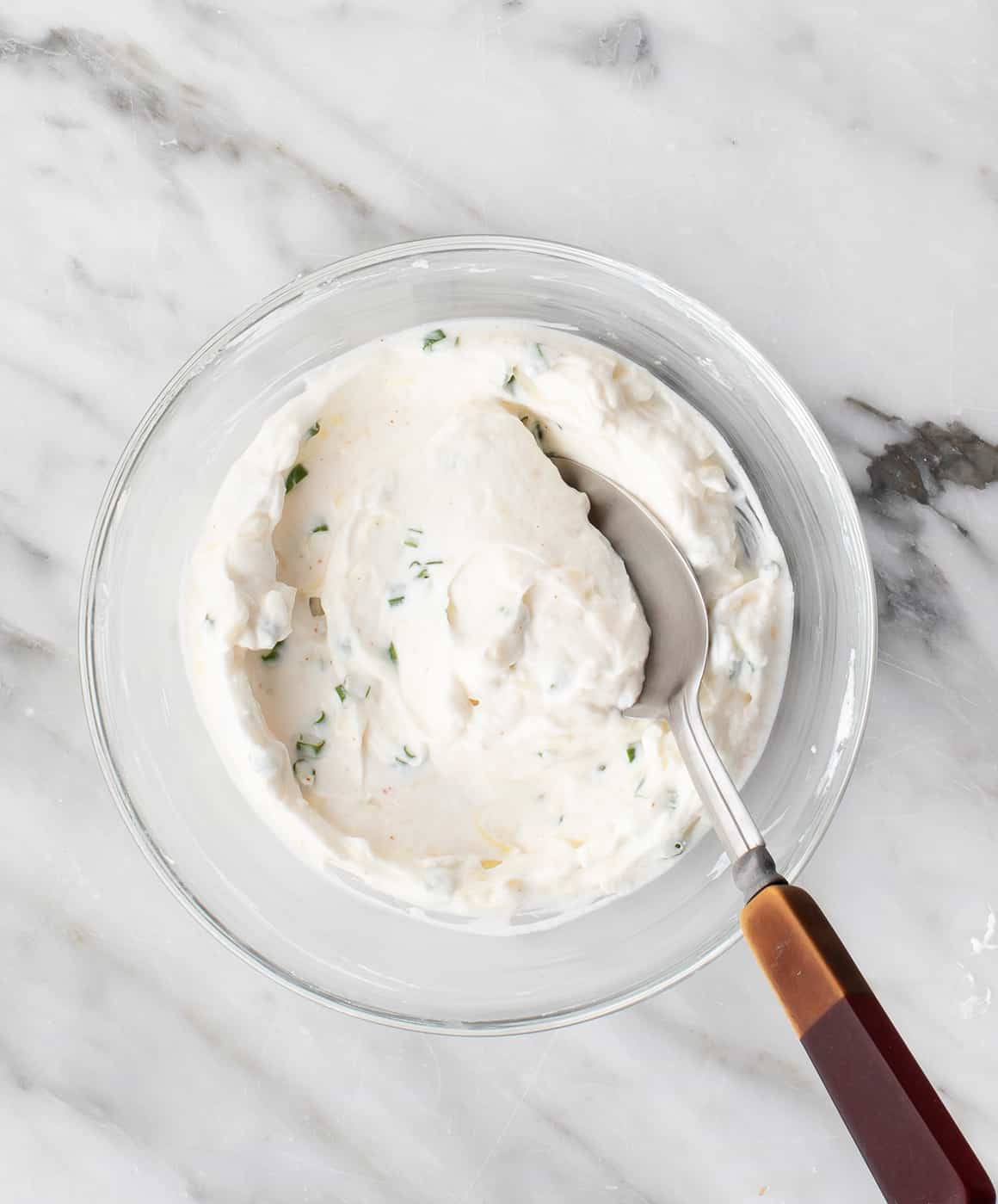 Then, fill the peppers! Scoop the creamy cheese mixture into the jalapeño halves, leveling it off near the rim of each sliced pepper. 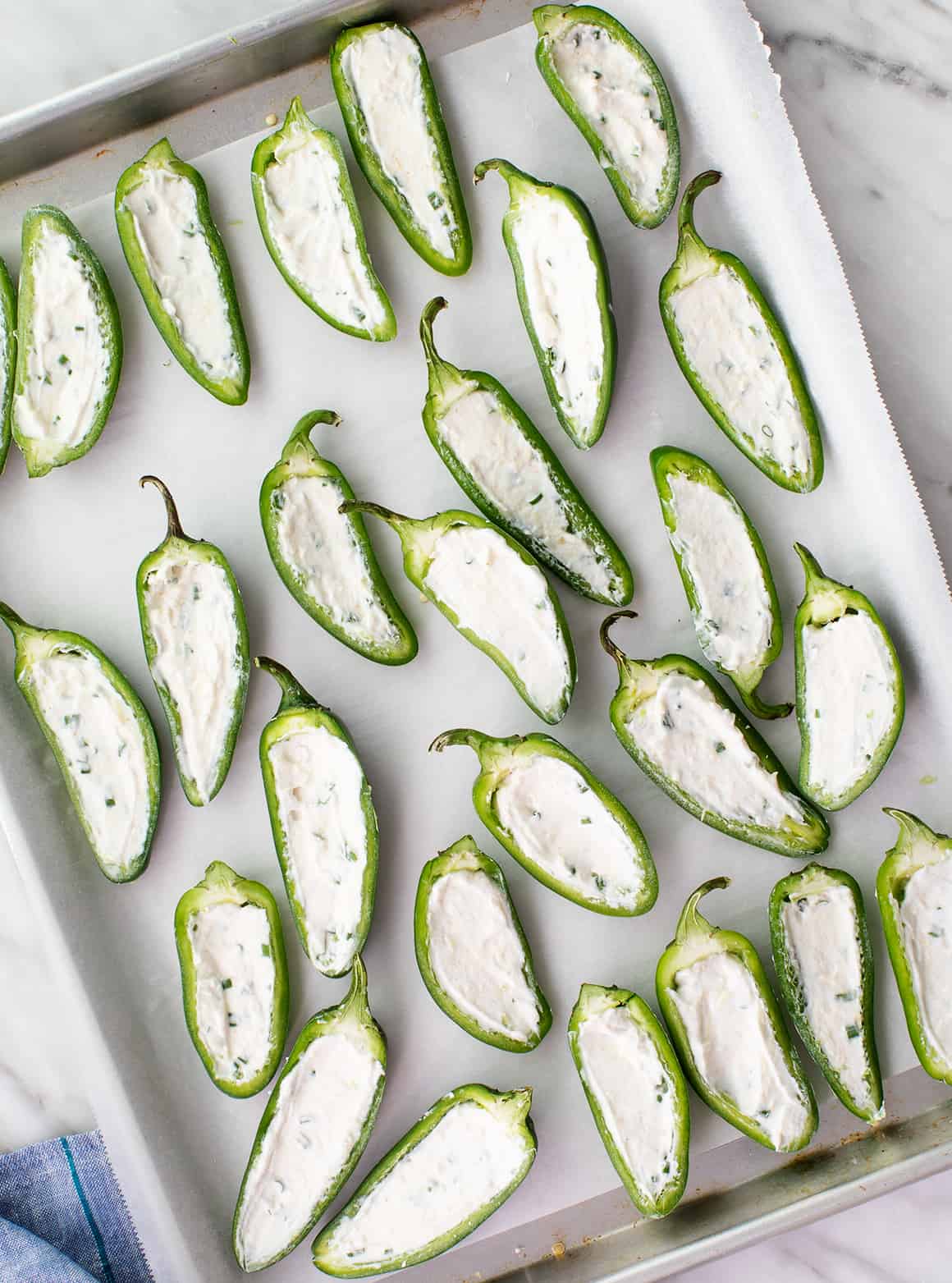 Once you’ve filled the peppers, add the crispy topping. Sprinkle each pepper with a layer of panko bread crumbs, and drizzle it with olive oil.

Finally, bake! Transfer the jalapeño poppers to a 400° oven, and bake for 15-20 minutes, until the panko is golden brown and the peppers are tender. Enjoy! 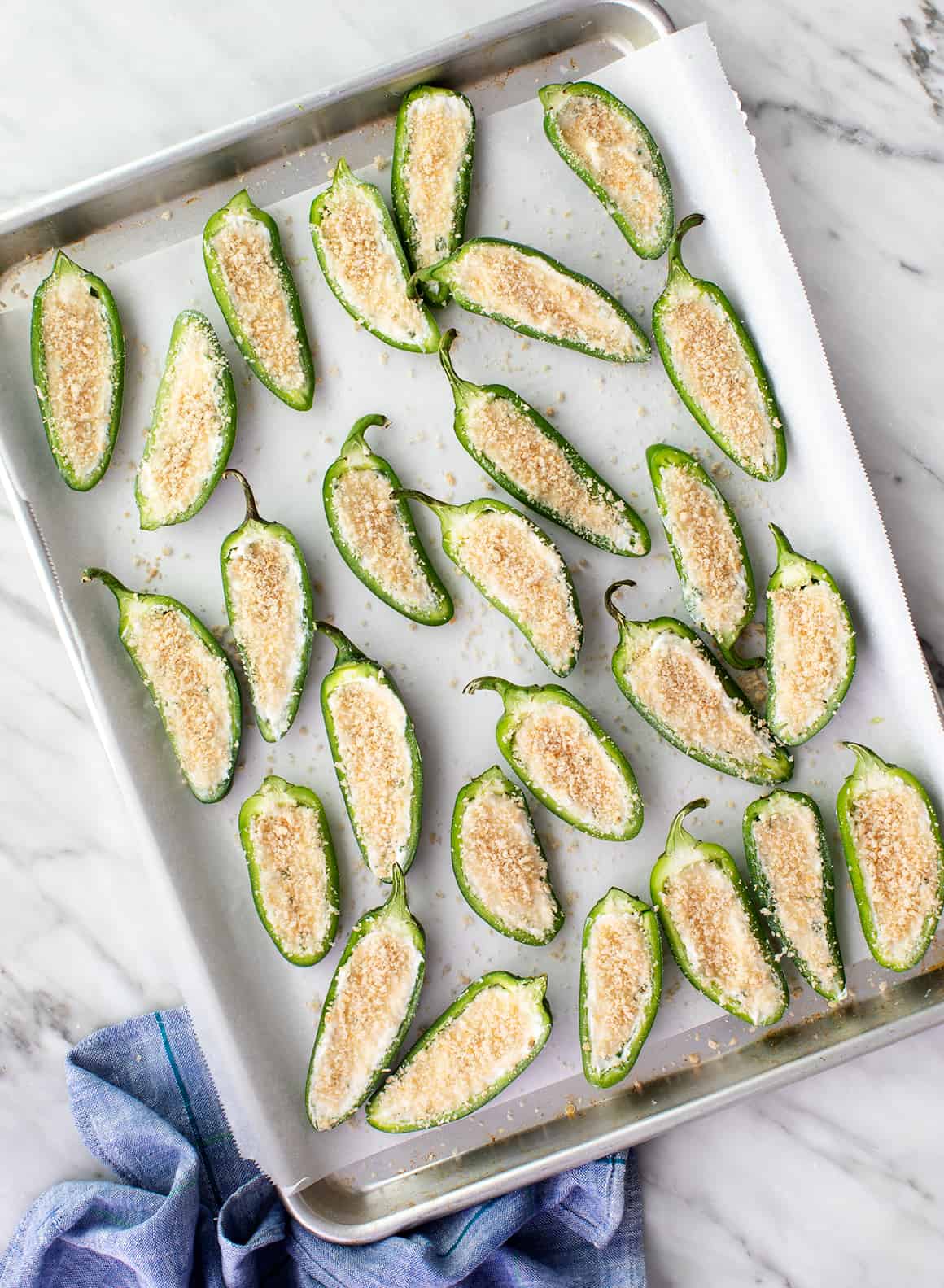 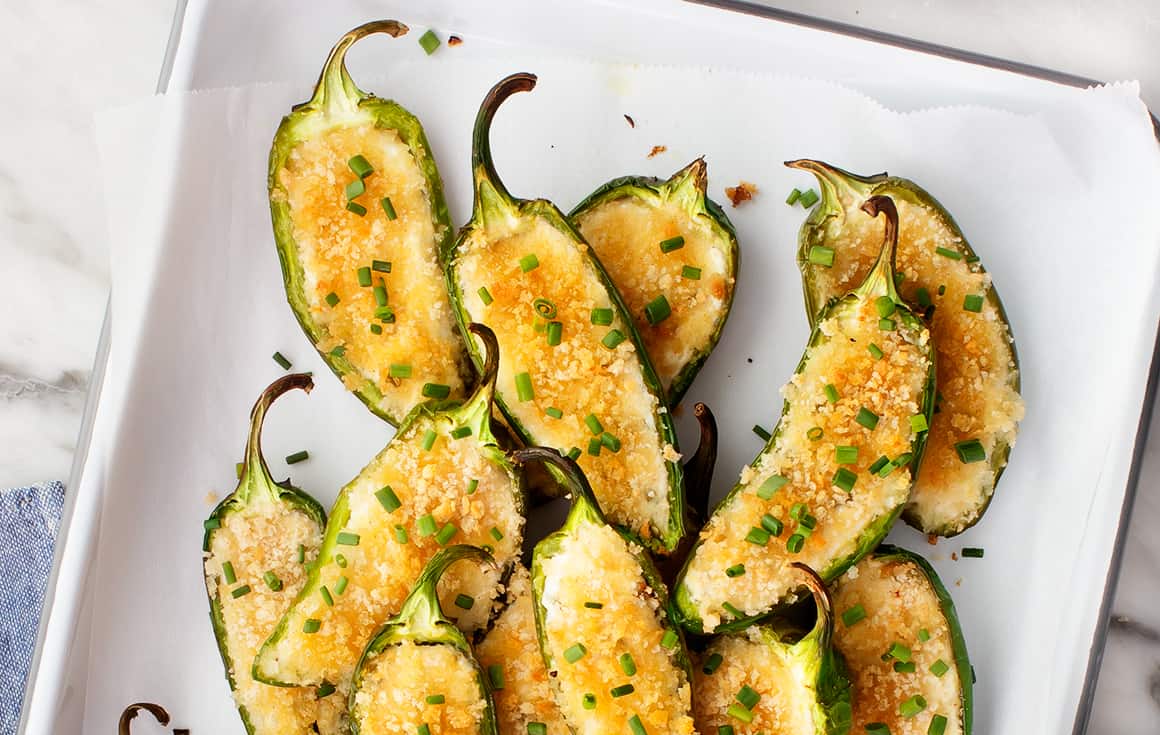 If you love these baked jalapeño poppers, try one of these fun appetizers next: 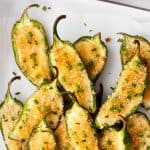 *Note: Some brands of yogurt are thicker than others. For this recipe (since we're trying to replicate cream cheese) use thick yogurt such as FAGE, Chobani, or the Trader Joe’s brand. **Note: Grate the cheese using the small holes on a box grater.
Did you make the recipe? I want to see!
Tag @loveandlemons on Instagram.
✕
Free Bonus:
5-Part Guide to Delicious Vegetarian Eating!