We're at Kome in Austin, a casual Japanese place that we enjoy when we don't want to drop $200 on sushi, but want good cooked Japanese food. 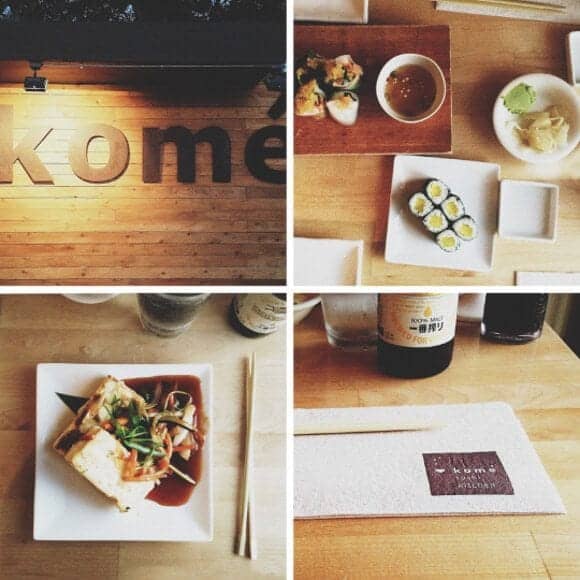 We’ve been eating out a lot more lately. I won’t mention any names, but someone dropped the camera earlier this month so we were forced to take a little break from our regular photo schedule. It’s been fixed for weeks now, but we haven’t entirely kicked the restaurant habit.

Last weekend we were at Kome, a casual Japanese place that we enjoy when we’re not in the mood to drop two hundred dollars on sushi (hi, Uchiko). But then again we don’t really come here for the sushi as much as their cooked food.

I especially love the Grilled Tofu – which sounds way too simple – but somehow they grill it better than I can (crispy on the outside, creamy in the middle, and not falling apart).

And our favorite – the Yaki Onigiri with Japanese pickles (photo here). We ate a good many of these rice balls (or in this case triangles) when we were in Japan, but I love the crispy sear they put on them here. These are about twice the size as they traditionally would be, but I guess that’s the American way.